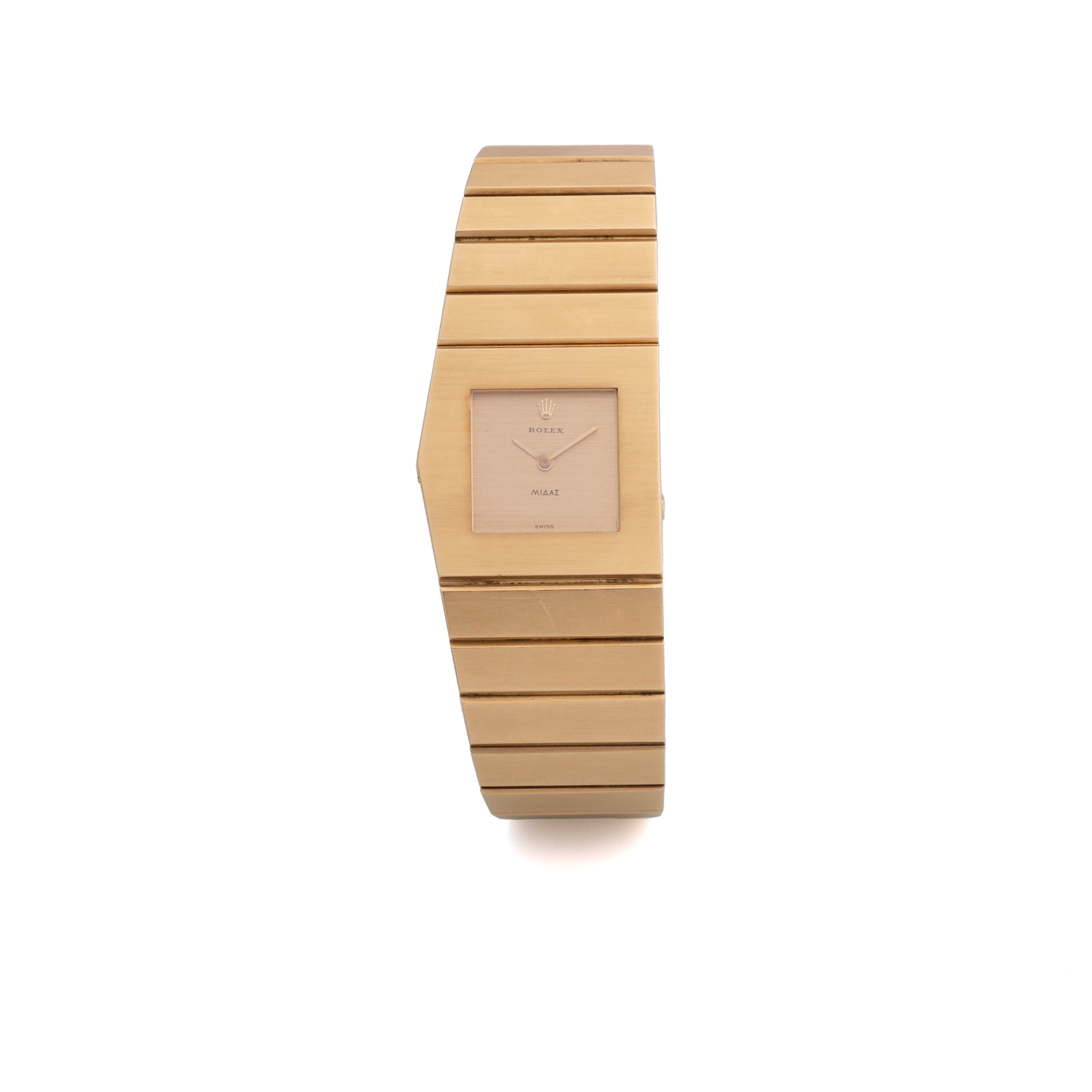 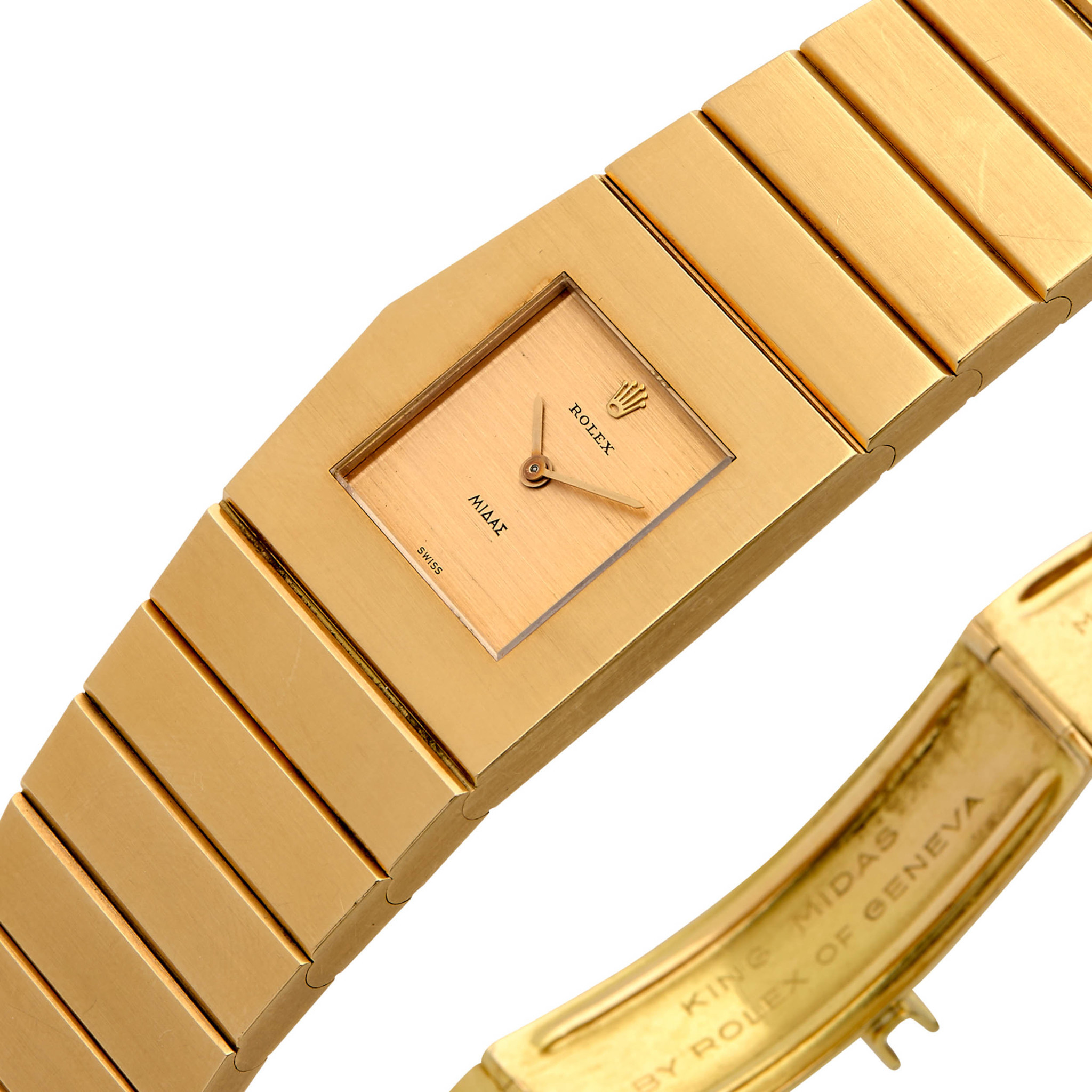 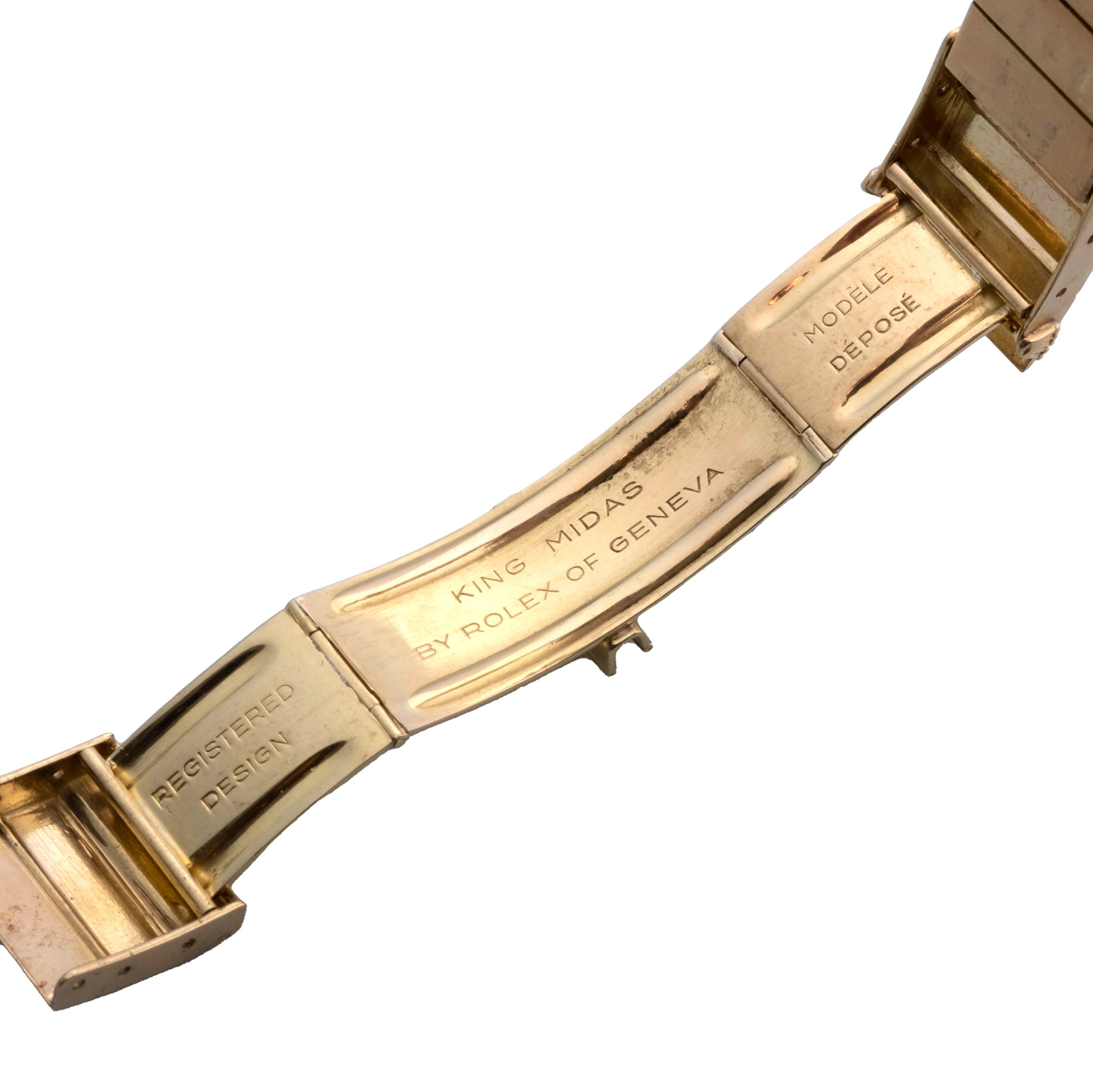 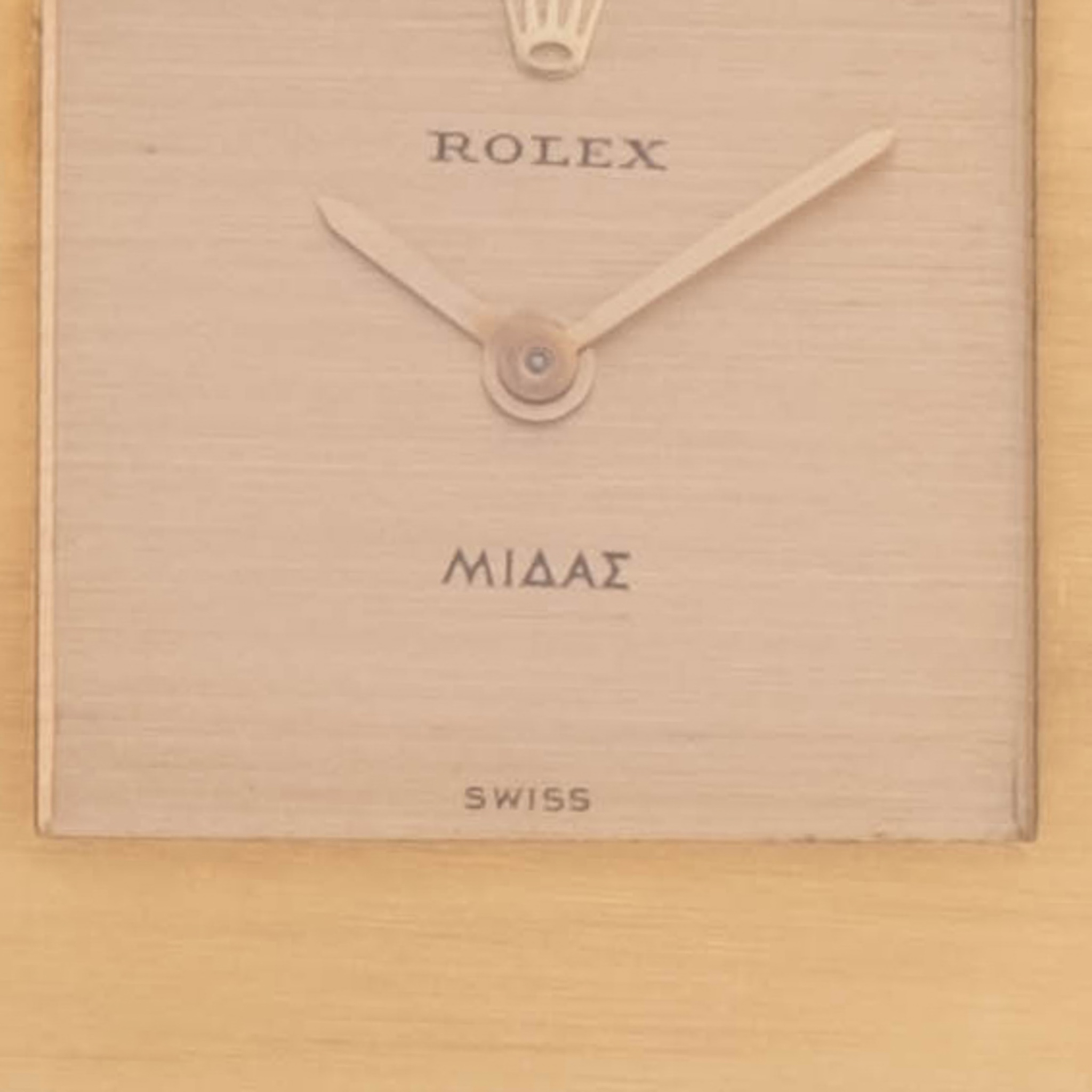 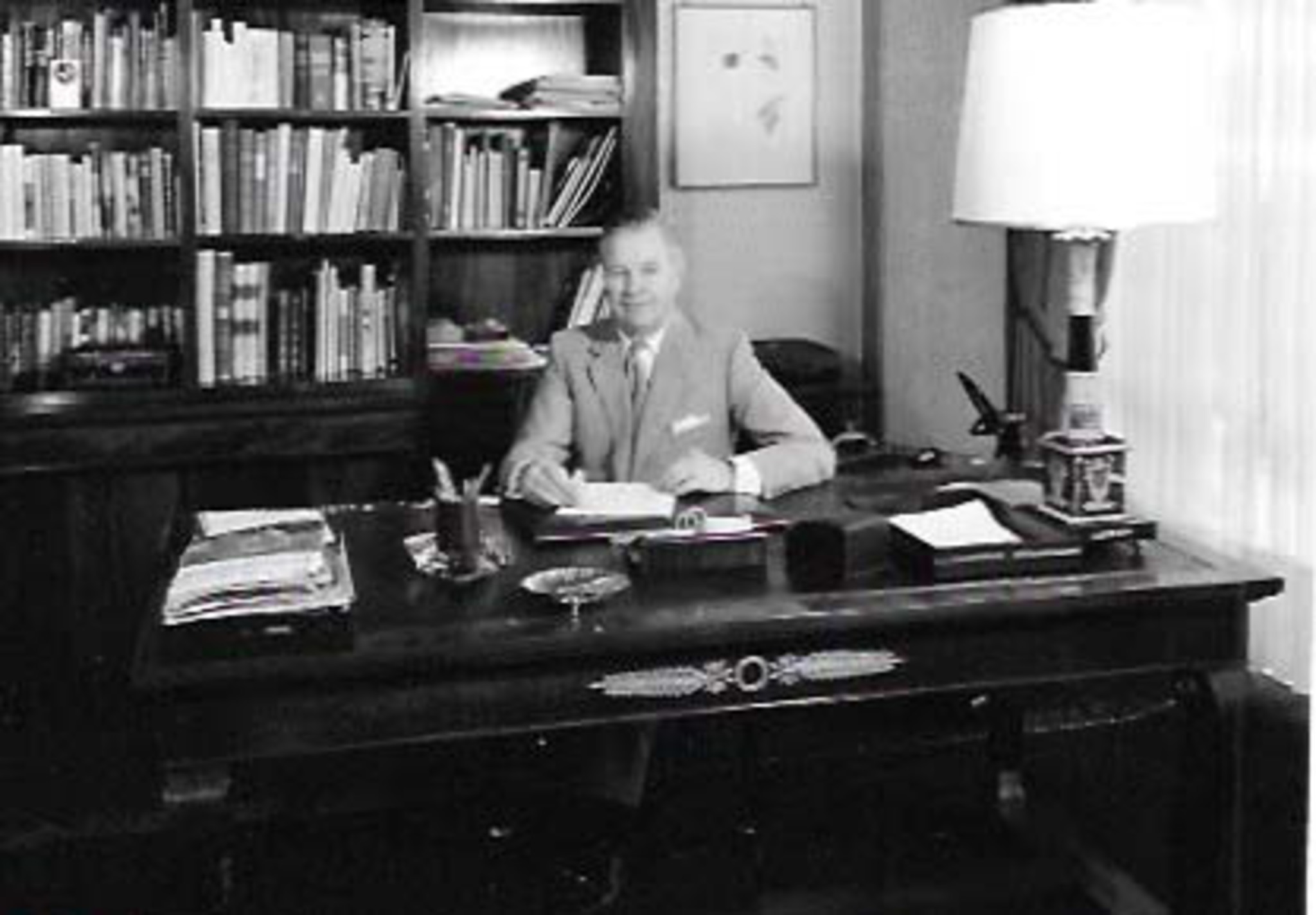 Rolex, “King Midas”, the personal watch of René-Paul Jeanneret
This lot is a milestone in Rolex history!
The Rolex “Midas” was named after the famous King, members of the royal house of Phrygia, immortalised in the Greek and Latin mythology, in Herodotus and Ovid writing. Son of Gordias, Midas was ruling Phrygia. The most famous story about him is time where he was gifted the ability to change everything he would touch into gold by Dionysus, who wanted to thank him for taking care of his friend and master, Silenus
Knowing this back story, it is easy to understand the name of this model, made of approximately 200 gr. of yellow gold. Designed as a Greek temple, the case being the front and the bracelet symbolising the columns, the model name is signed in Greek on the dial. It is part of the “Cellini” collection. Legend has it Gérald Genta (1931-2011) designed it. There is no tangible proof he did so. However, because he drew the Cellini, specialists would seem to agree he was indeed involved at some point for the Rolex “Midas” as well.
The provenance of the model we are presenting makes it a museum piece, because it belonged to René-Paul Jeanneret, as evidenced by the copy of the letter of his daughter.
The genius of Hans Wilsdorf (1881-1960) is to have understood the expectations of the modern man by creating first a wristwatch, then a waterproof and self-winding wristwatch.
René-Paul Jeanneret worked for Rolex from 1948 to 1978. Through his 30 years career at Rolex he was Hans Wilsdorf’s right-hand man. The two were very close even on a personal level, since, it would appear that Hans Wilsdorf was the godfather of Mr. Jeanneret’s daughter, Dominique.
Head of design and development, thanks to his network linked to the sport and art world, he set up the famous Rolex communication guideline. Passionate by diving – he was friend with Cousteau –, he took part in the creation of the “Submariner” with Hans Wilsdorf.
The wristwatch is engraved on the bracelet with his name and his address when living in Geneva.