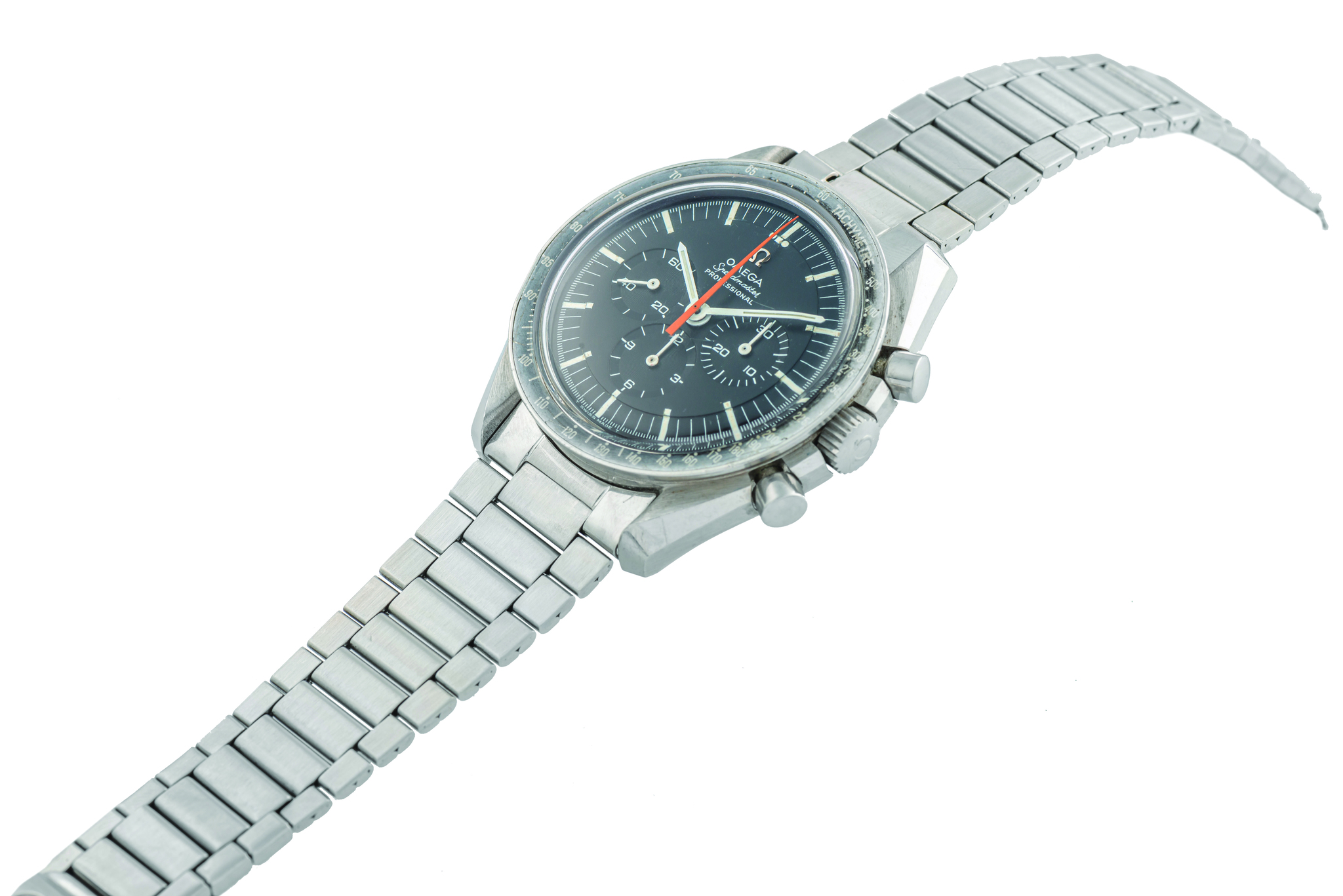 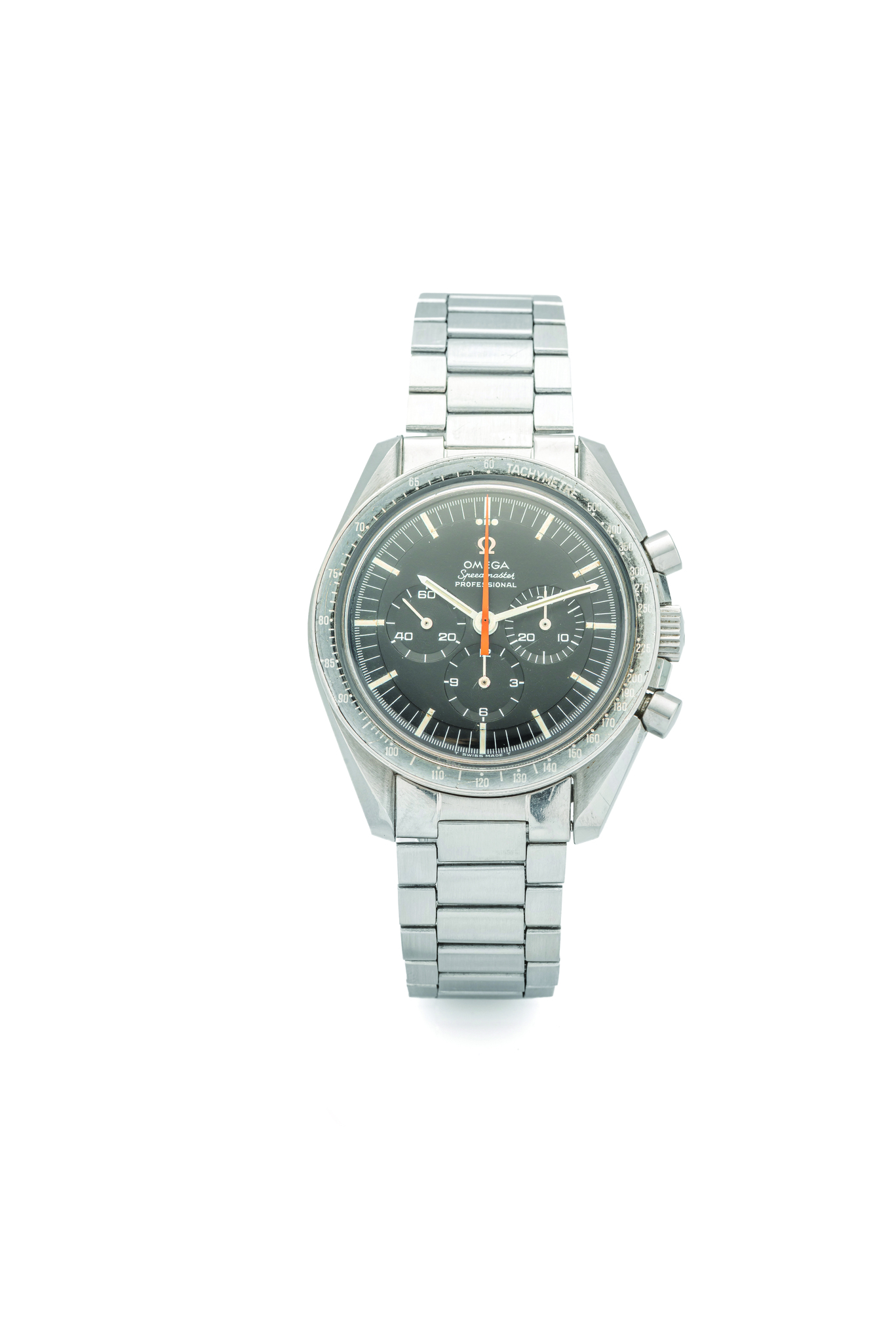 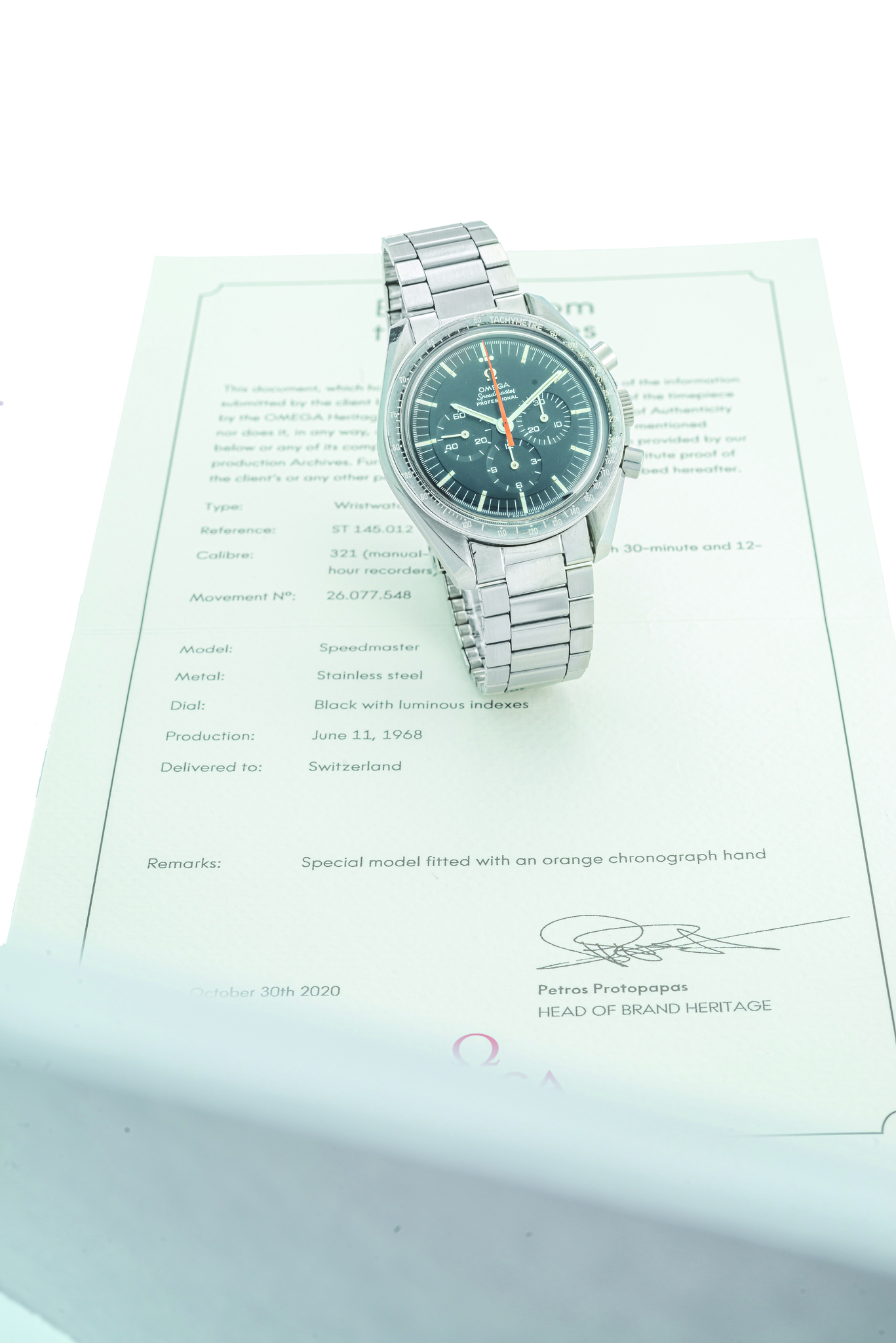 The Extract from the Archives (No. 39 570), dated October 30, 2020, mentioned that this watch was delivered on June 11, 1968, in Switzerland; with the remarks: “Special model fitted with an orange chronograph hand”.

Omega, Ref. ST 145.012, “Speedmaster Professional” with orange chronograph hand, so-called “Ultraman”
Recognizable among all “Speedmasters” thanks to its orange chronograph hand, the “Speedmaster” reference 145.012 takes its name from the hero of the Japanese television series Ultraman, created by the Japanese director Eiji Tsuburaya (1901-1970) – co-creator of the original series Godzilla –, probably a watch collector himself because many of his creations featured a lot of interesting watches.
Indeed, during the episode “The Return of Ultraman” released in 1971, this model of “Speedmaster” had made its appearance in the series.
Similar to a traditional “Speedmaster”, however, this watch had an orange central hand, matching the outfits of the scientific team behind the hero Ultraman.
The reference 145.012 was manufactured in 1968 in approximately 3 000 pieces; the number of “Speedmaster” “Ultraman” remains unknown to this day, although very limited.Unconfirmed, it is said that less than 50 “Ultraman” watches are identified.
With the introduction of “Ultraman” “Speedy Tuesday” limited edition in the summer of 2018, interest in vintage “Ultraman” “Speedmasters” has increased considerably.
The model presented is preserved in a very good condition. Equipped with the famous confirming the presence of the orange chronograph hand.
The watch was produced on June 11, 1968 and delivered in Switzerland.
It is surprising to note that a number of known “Ultraman” “Speedmaster” were issued in Sweden.
One of the most sought-after “Speedmaster” models!