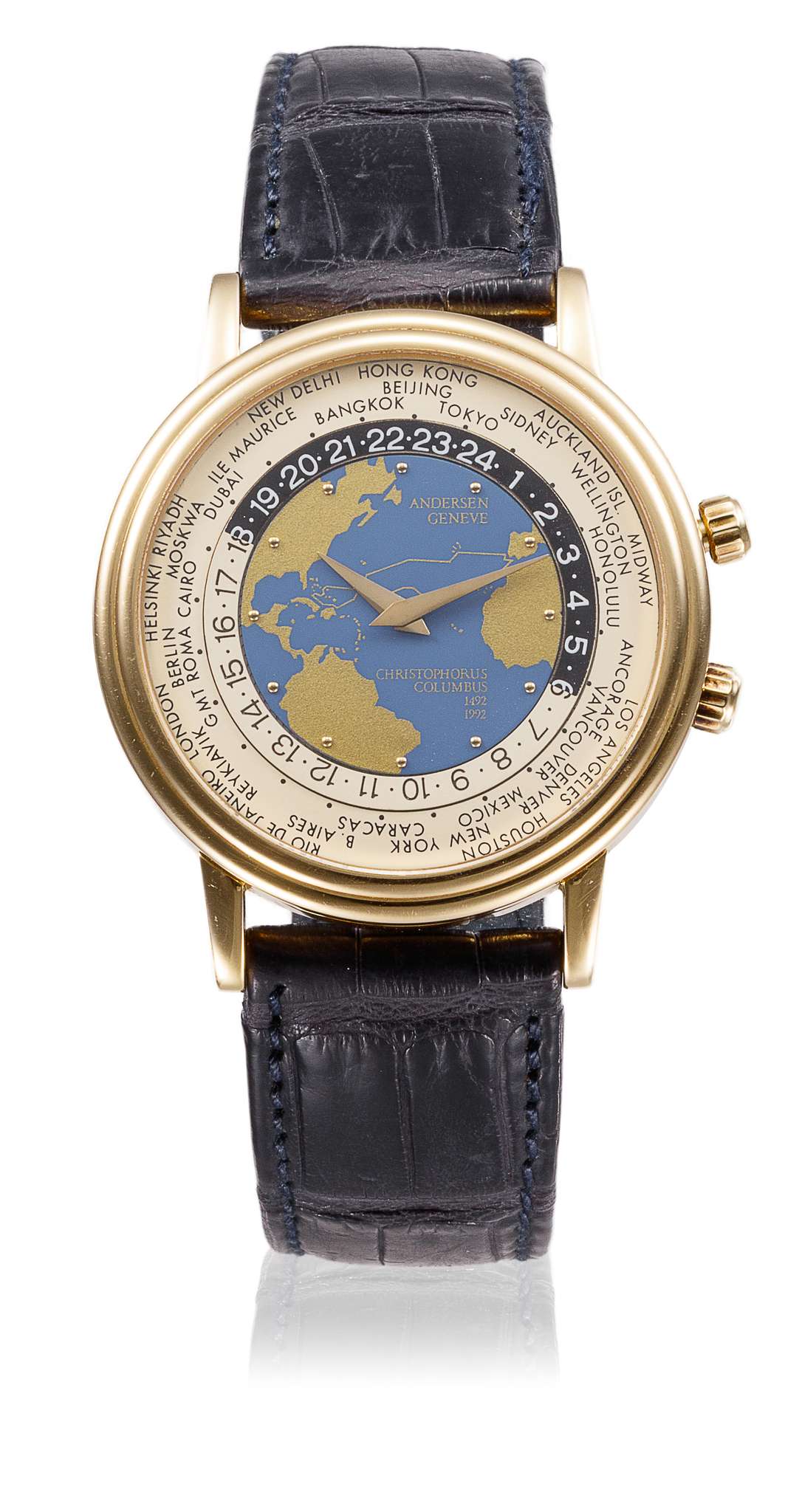 Accessories Copy of the subscription form from 1991

Svend Andersen Christophorus Colombus 1492-1992 This watch is a part of a limited edition of 500 pieces made in 1991-1992 to commemorate the 500th anniversary of the discovery of Americas by Christopher Colombus (1451-1506), Italian explorer an.vigator. The model is declined in: 300 examples in 18K yellow gold; 100 examples in white gold; 50 examples in platinum; 50 examples in pink gold. On the centre of the dial, on a light blue lacquered ground, parts of the North and South American, Europe and African Continents in sand-finished yellow gold, with a lines showing the first Columbus' course (August-October 1492). Surrounding the map, two revolving matte silver ring dials, activated by the second crown; one with the 24 diurnal (day-time) an.cturnal (night-time) hours, the other one bearing the names of 30 cities in the world. The case-back is engraved with an astrolabe (a major nautical instrument of that time) and globe. The watch was offered by subscription from April 9, 1991, to December 31, 1991, at the price of CHF 9 800.- From January 1st, 1992, the price was CHF 12 700.- Delivery of pieces start in January 1992 in relation with the festivities in honour of Christopher Colombus.