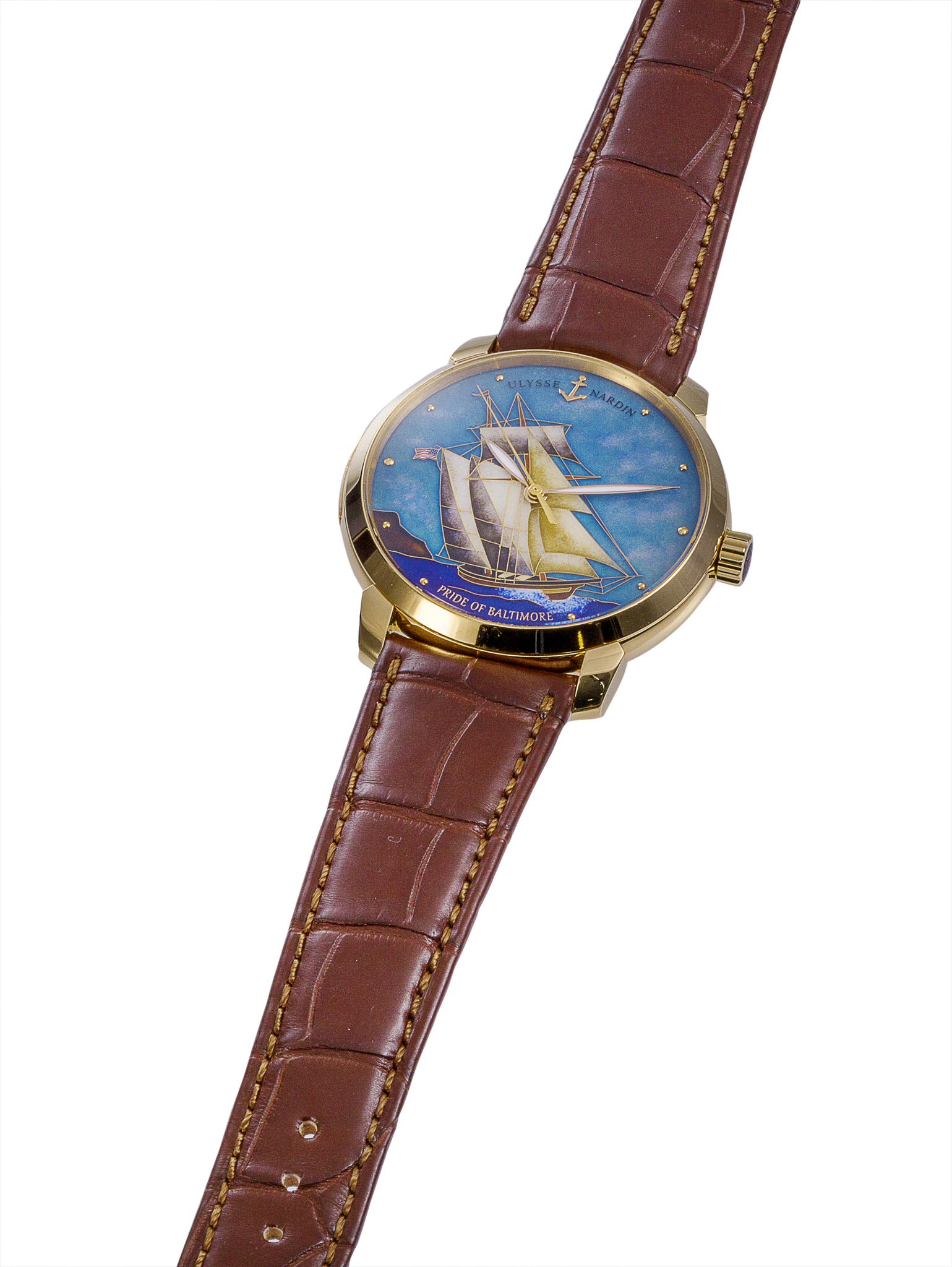 Ulysse Nardin, San Marco Chronometers This series was produced in several limited editions, since 1992, in 18K yellow gold, 18K pink gold or platinum; some of 12 or 25 and others of 35 examples. Each edition with different historical ships or naval battles on the dials, because the naval history of over 50 countries in the world has been closely associated to Ulysse Nardin for over 100 years. The first polychrome cloisonné enamel dials being enamelled by Michel Vermot, Atelier Donzé, Le Locle. All these watches are Chronometer Officially Certified. At the end of 1990's, few watches were fitted with platinum engraved dials.On October 12, 1996, to celebrate the 150th Anniversary of Ulysse Nardin, Antiquorum, in a thematic auction dedicated to this manufacture, has sold a unique piece especially made for this event featuring a "Epreuve d'Artiste" (Artist Proof) dial showing the Ulysse, a three-masted sailboat (lot 164, sold for the amount of CHF 24 150. CHF 24,150) Pride of Baltimore The Pride of Baltimore was a reproduction of a typical early 19th-century "Baltimore clipper" topsail schooner, a style of vessel made famous by its success as a privateer commerce raider and small but nimble warship in the War of 1812 (1812-1815), against British merchant shipping and a vastly superior world-wide Royal Navy.