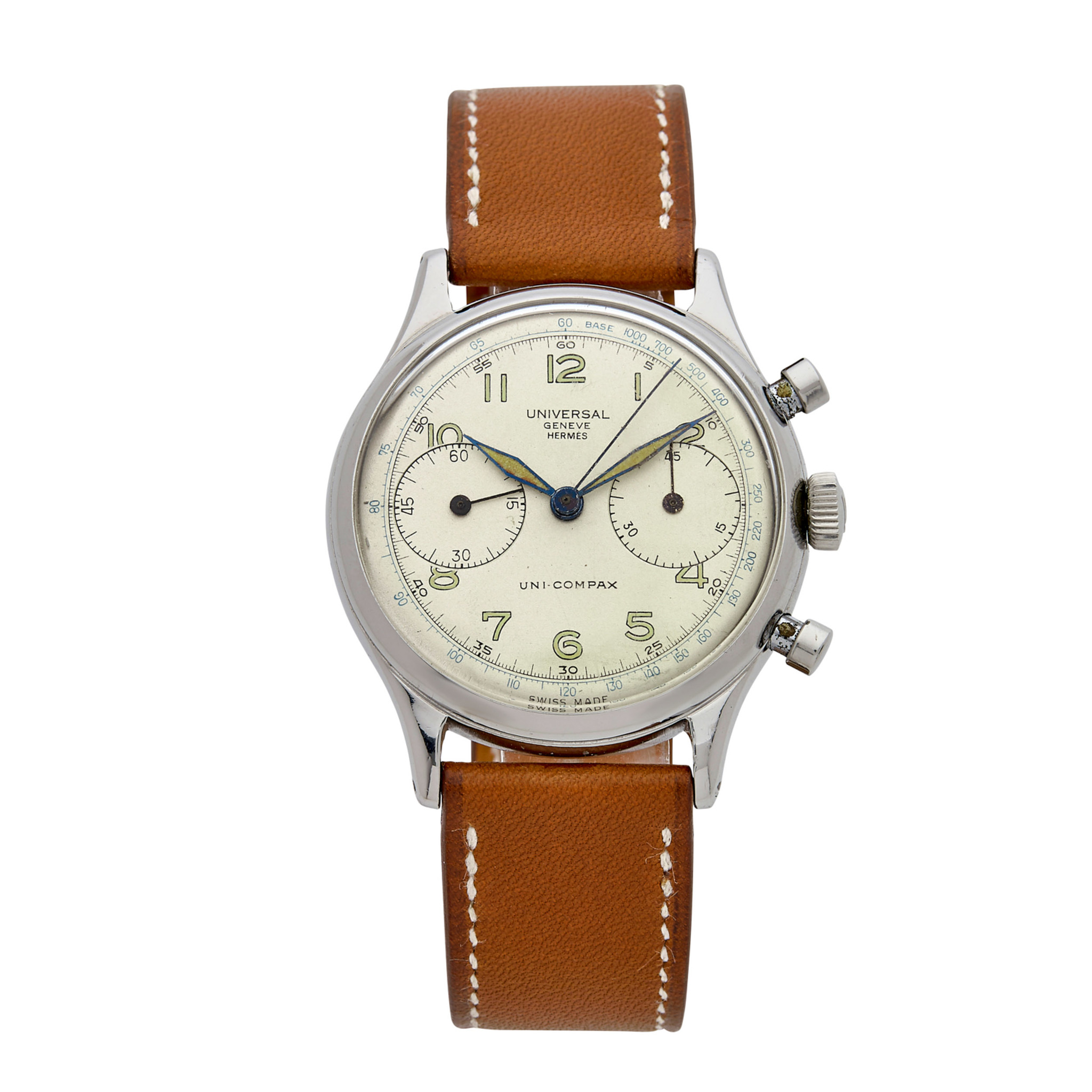 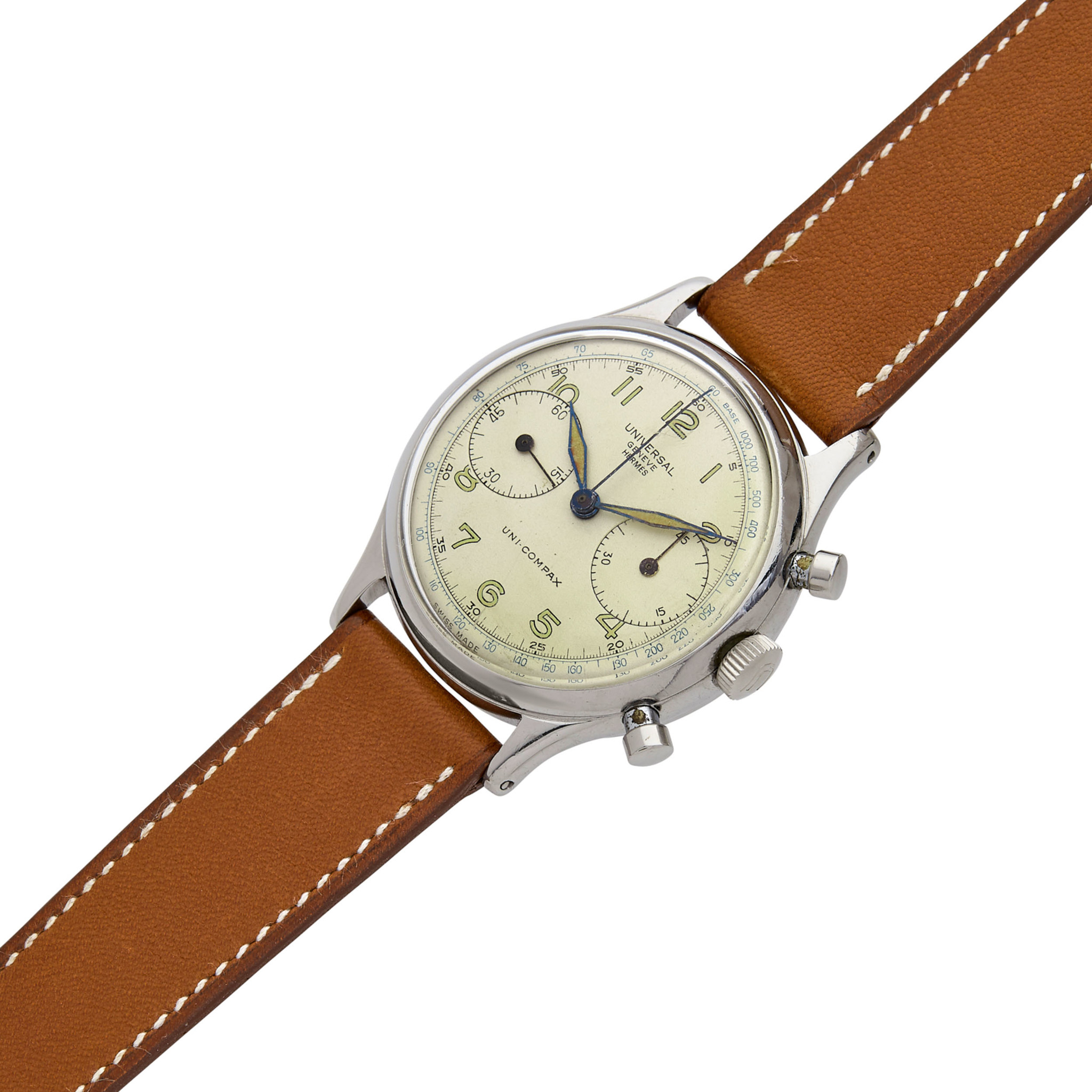 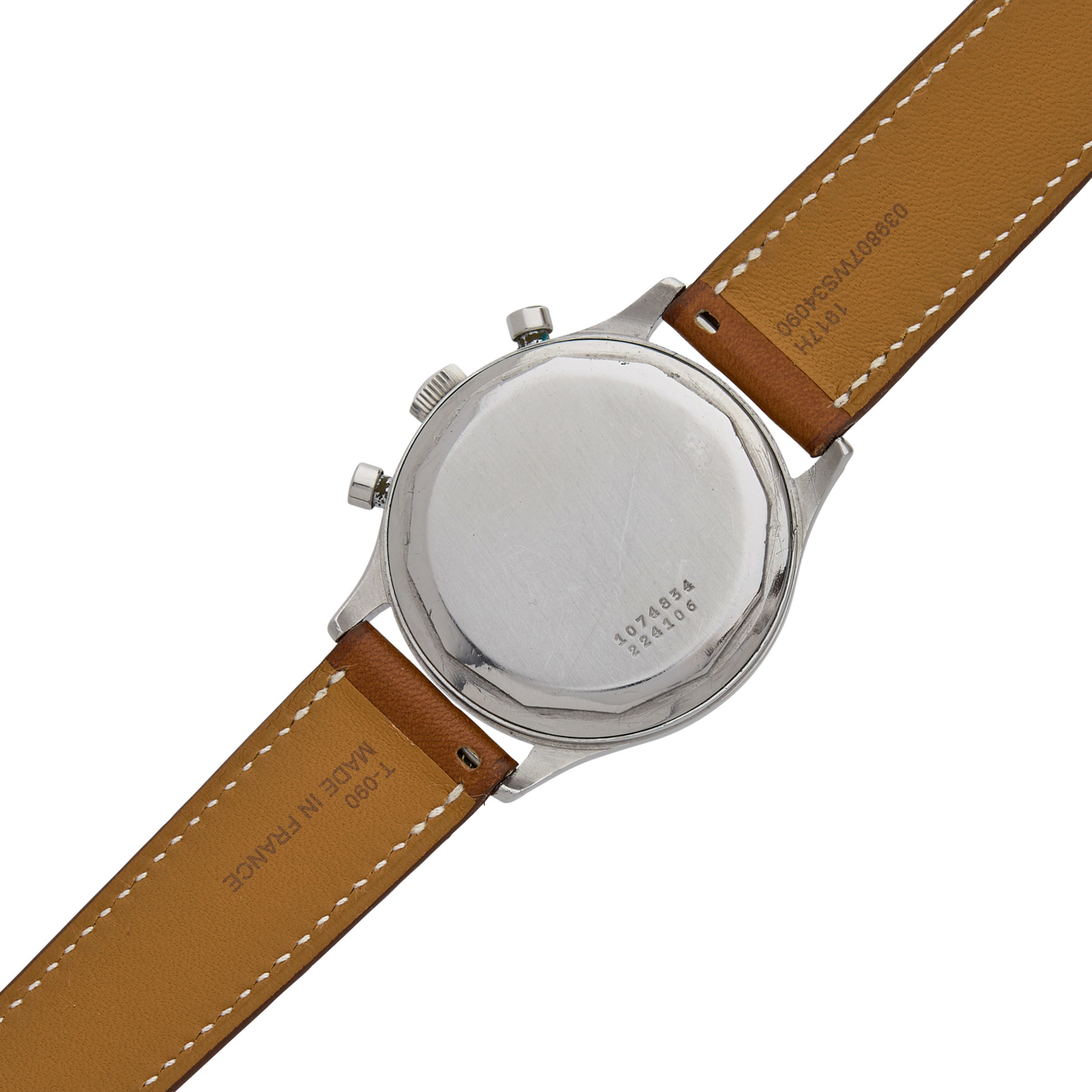 Numa Emile Descombes and Ulysse Georges Perret founded their brand, Universal Genève, in January 1894 in the Jura town of Le Locle, where they were originally from. Universal Genève is mainly known for its chronographs and watches with complications. In 1917 the maison came out with their first wrist chronograph. It gained such a reputation that Jaeger LeCoultre commissioned it for many years to produce finished chronographs directly. The "Compax" model was introduced in 1935, the world's first chronograph wristwatch with hour and minute registers, with luminous index and hands proving they were meant to be "tool watches" in the era. In France, the official retailer was the Hermès boutiques, whilst on the US front they were exhibited in the Patek Philippe showcases – Henry Stern was the retailer in New York. The very fact that Hermès, a brand that has made and is still making history in the fashion industry, considers the quality of these timepieces worthy of bearing its name on the dials, speaks volumes. The brand found itself on the wrists of the greatest post-war artists such as Jean Cocteau, Eric Clapton, Colette and Maurice Utrillo.