UNSIGNED FORM-WATCH IN THE SHAPE OF A DOUBLE-FACED MEDALLION, PROBABLY MADE FOR THE CHINESE MARKET; THE ENAMEL ATTRIBUTABLE TO JEAN-LOUIS RICHTER; 18K YELLOW GOLD, ENAMEL AND PEARLS

18K yellow gold and enamel, hunting-cased, key-winding, form-watch in the shape of a double-faced medallion, probably made for the Chinese market. Royal blue flinqué enamel (translucent enamel over guilloché engineturning) case-back and cover with a décor of pearl-set and painting on enamel showing on each face a small dog; the painting on enamel on gold attributable to Jean-Louis Richter (1766-1841), Geneva. 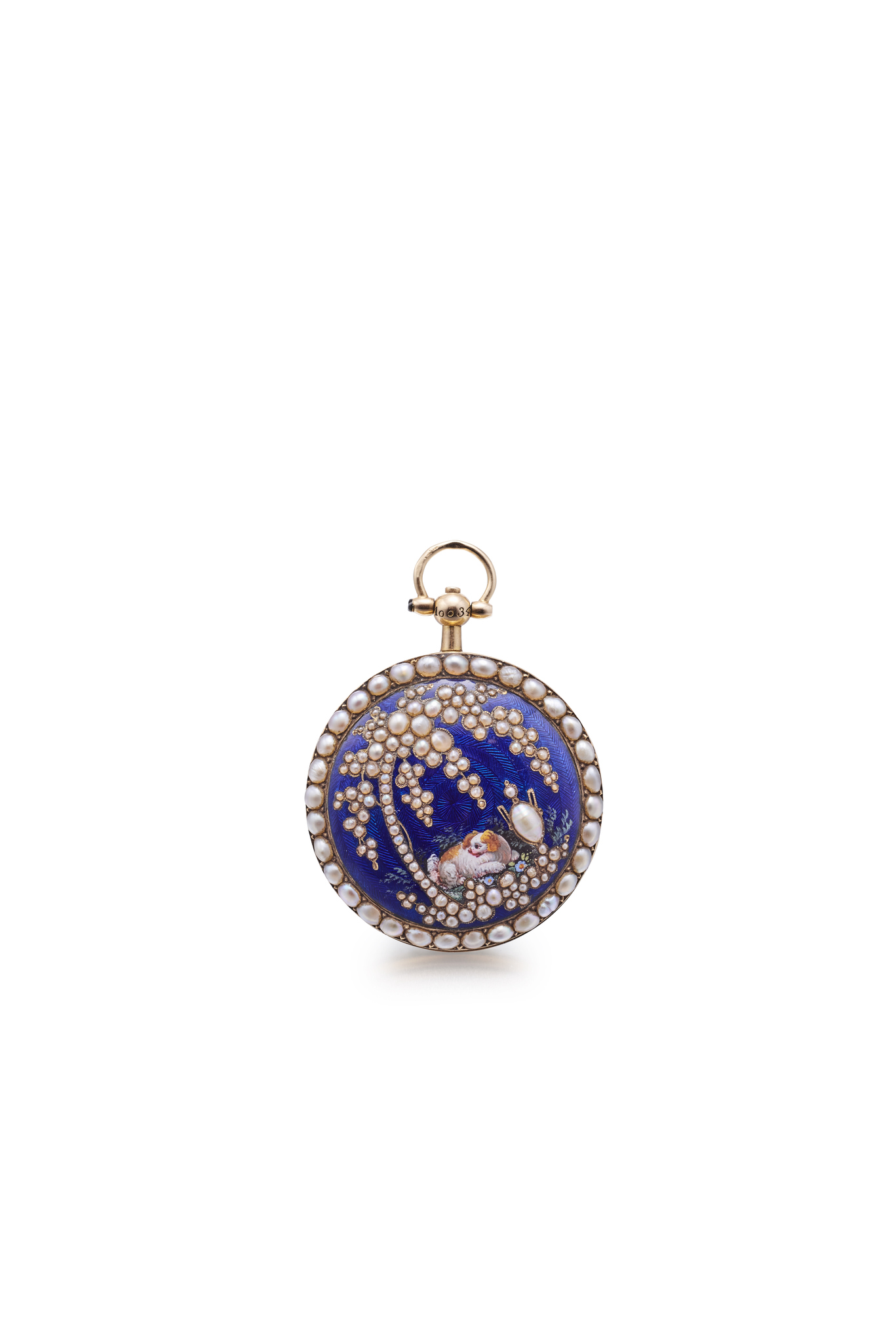 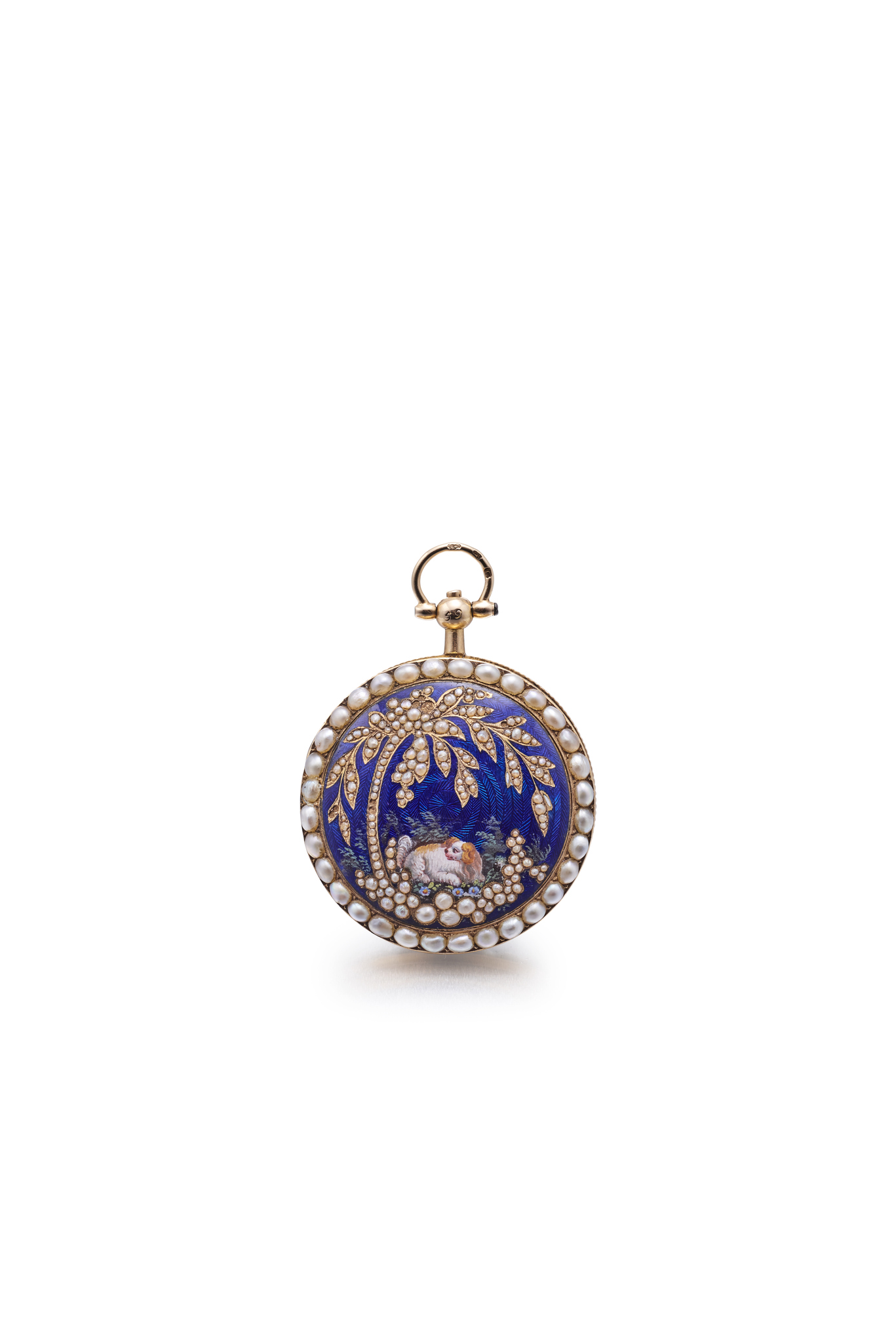 Décor of pearl-set en épargne and painted enamel on flinqué enamel under fondant The artisans who made these case-back and cover had to surmount many difficulties, among them the preparation of the background representing the sky, partially guilloché (engine-turned) or engraved in taille-douce. The decoration en épargne (the trees and vegetation), later set with half-pearls, had to be completed before the enamelling process began. Here various techniques were used: painted enamel, translucent enamel, and a final layer of flux (fondant in French). The setting of the many different-sized pearls would have been an exacting task: certain pearls were glued and them mock setting prongs are added. This type of workmanship is characteristic of Jean-Louis Richter (1766-1841), who is known for his signed snuff-boxes, among other things. For a perfect example of this type of work, see: Antiquorum, Geneva, auction, October 2002, lot 42, sold for the amount of CHF 465 500.-; a pair of mirror-images pocket watches, signed by Ilbery, London, made for the Chinese market, kept today in the Patek Philippe Museum, Geneva (Inv. S-571 a+b). Bibliography Tellier, Arnaud, & Didier, Mélanie, Le Miroir de la séduction, Prestigieuses paires de montres « chinoises » ?? The Mirror of Seduction, Prestigious pairs of “Chinese” Watches, Geneva, Patek Philippe Museum Editions, 2010, pp. 88-89.