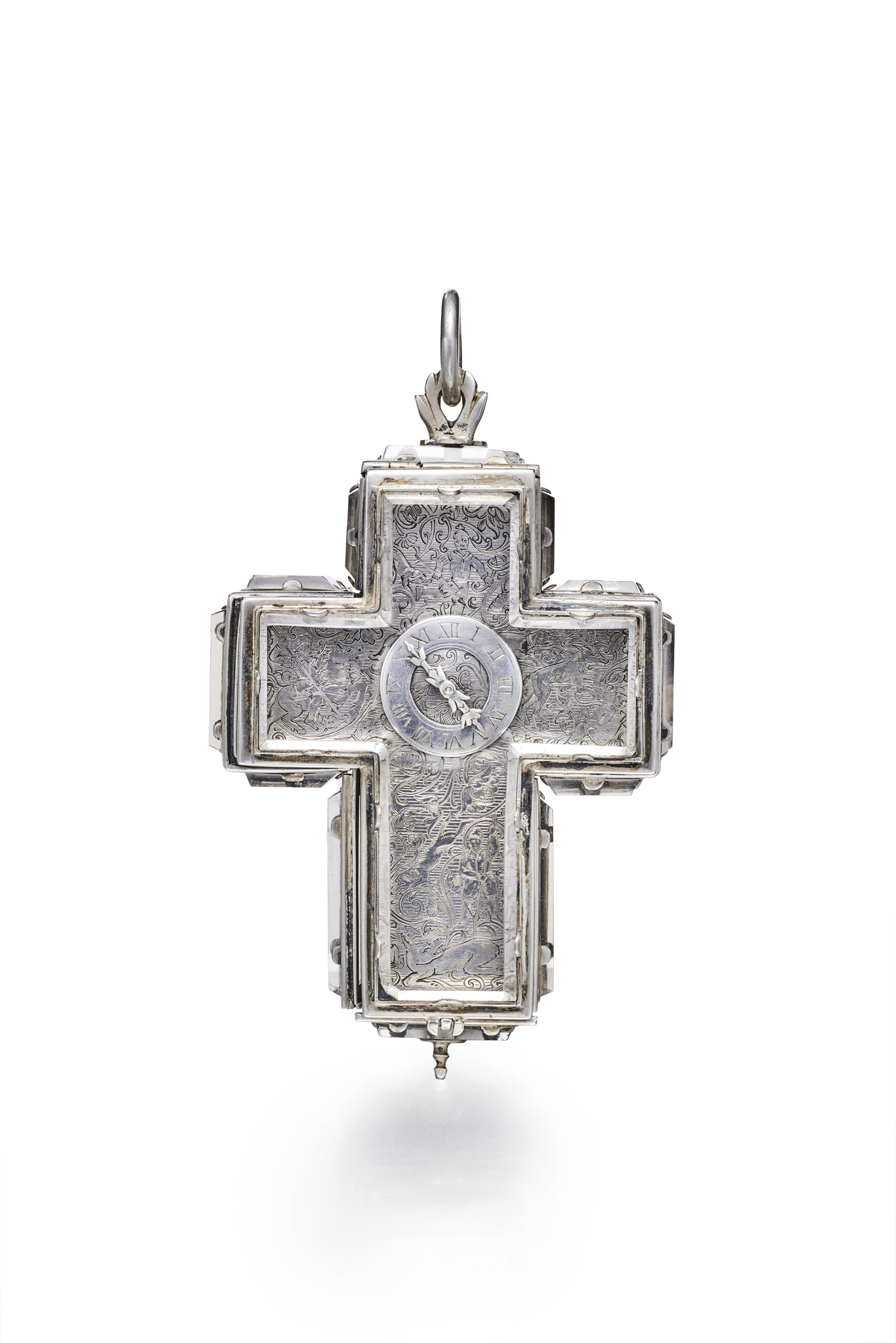 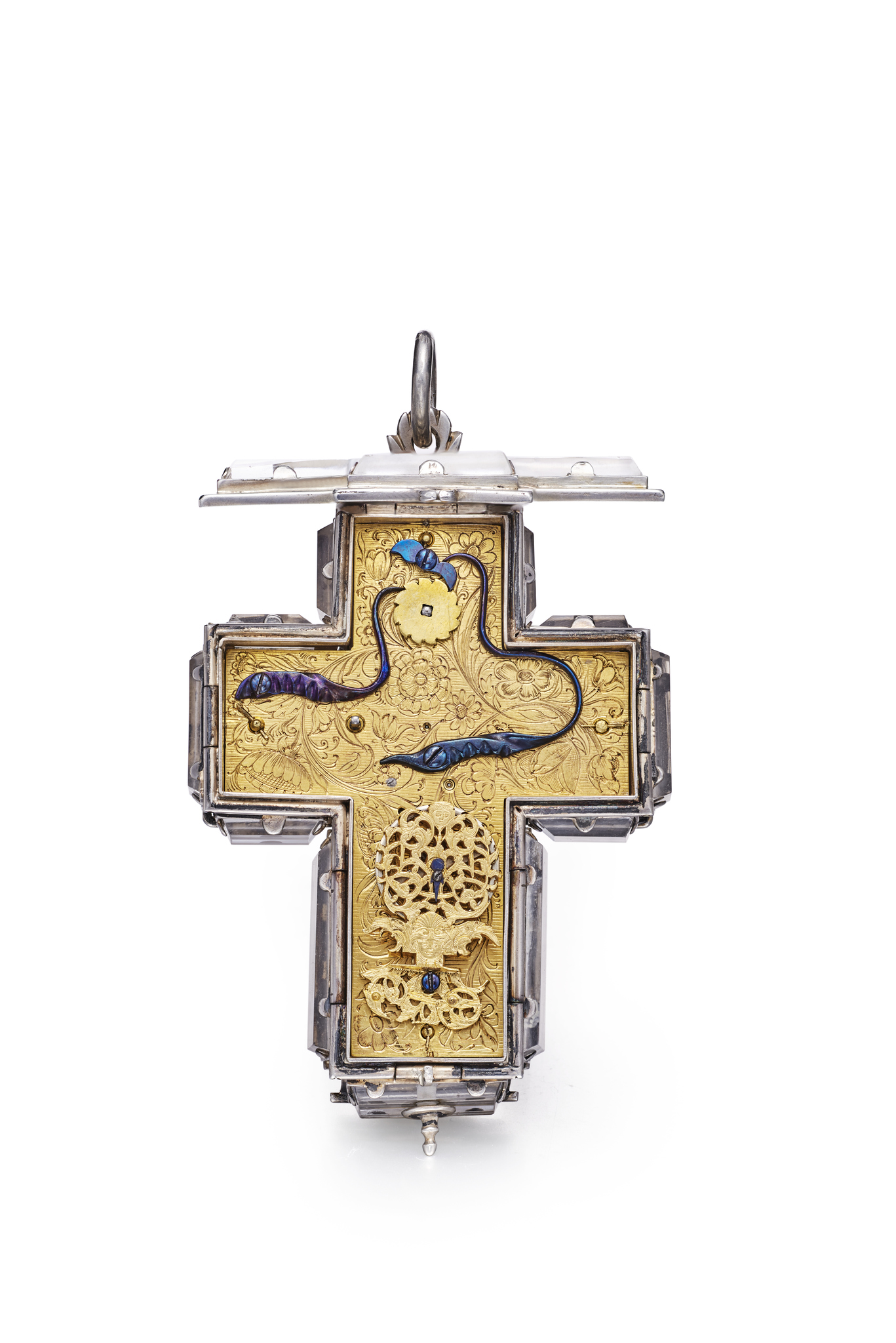 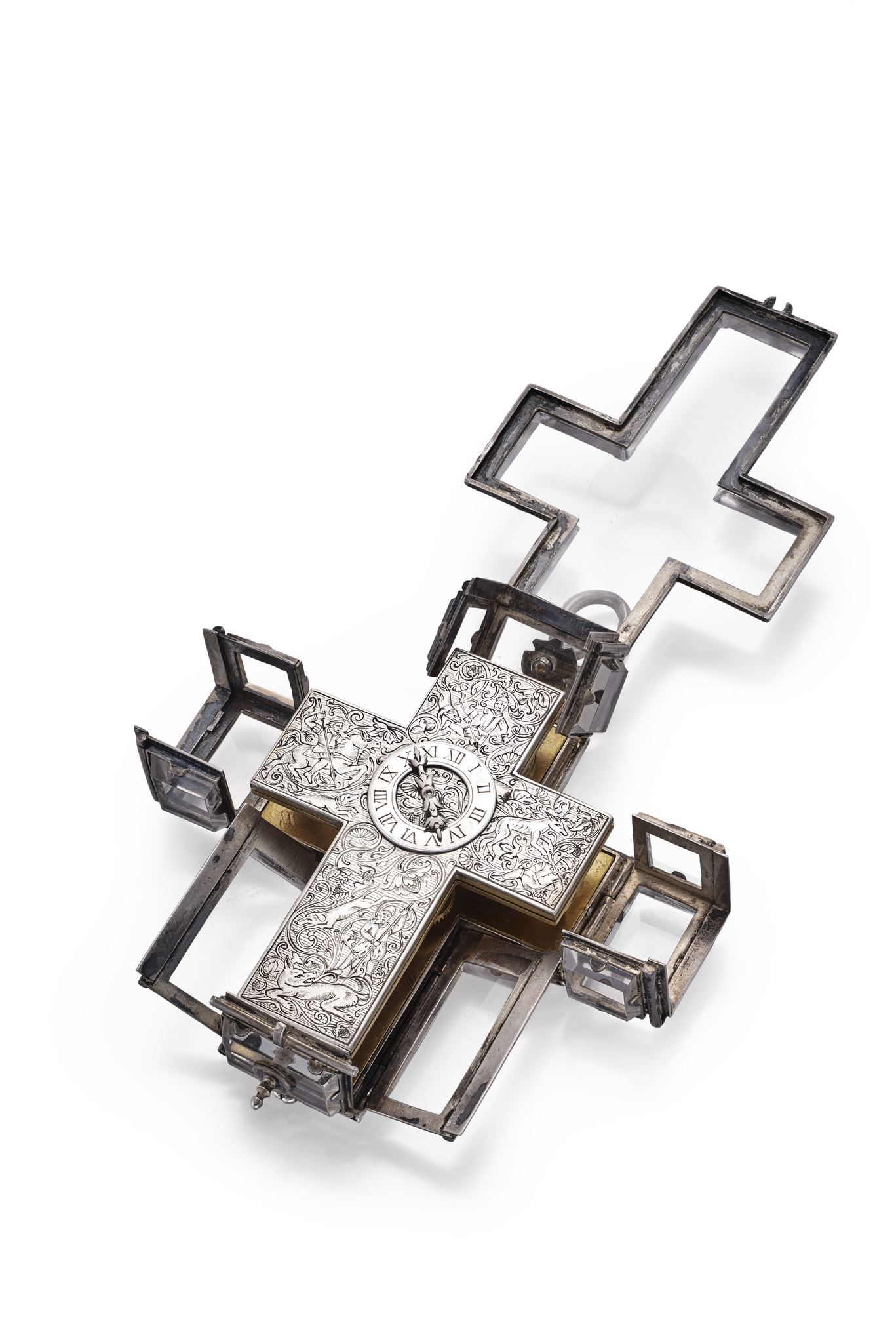 price Provenance Formerly from the Georg Abeler (1906-1981) and Jürgen Abeler (1933-2010) Collection, Wuppertaler Uhrenmuseum, Wuppertal, North Rhine-Westphalia (Germany). Revival watch After the revival of the Medieval and Renaissance styles, initiated in France by Prosper Mérimée (1803-1870) and Eugène Violet-le-Duc (1814-1879), objects of vertu inspired by works of art from the 16th and 17th centuries were much in favour in most European countries in the second half of the 19th century. This kind of watch in the style of the 17th century may have come from the workshops of Kirks & Schwartz in Munich, Bavaria (Germany), active between c.1875 and c.1920, which is a specialty to recreate from ancient elements, including movements with verge escapement of the 18th century. Such watches were sold as exhibition pieces and were not intended to be used and were sometime not fitted with working trains. As often, these reconstructed objects are later offered for sale as originals. The watch we are presenting is characterized by its quality of execution and its size. For example, a cruciform watch (92 x 60 mm.), falsely signed Etienne Bordier in Geneva, is listed as being the 17th century by Eugène Jaquet (1884-19551), Director of the Watchmaking School of Geneva and then Curator of the Musée de l’Horlogerie (Museum of Watchmaking) of Geneva , and Alfred Chapuis (1880-1958), historian of Neuchâtel watchmaking, in their book on the Technique and History of the Swiss Watch (Boston & Olten 1953). The watch was then in the Vacheron Constantin Collection and was later sold at auction: Antiquorum, Geneva, October 12, 1996, lot 171 (Estimation: CHF 6 000.- / 7 000.-). Bibliography Jaquet, Eugène, & Chapuis, Alfred (with the collaboration of Berner, Albert G.), Histoire et technique de la montre suisse de ses origines à nos jours, Bâle and Olten, Editions Urs Graf, 1945, pl. 9 (black & white), former Vacheron Constantin Collection.