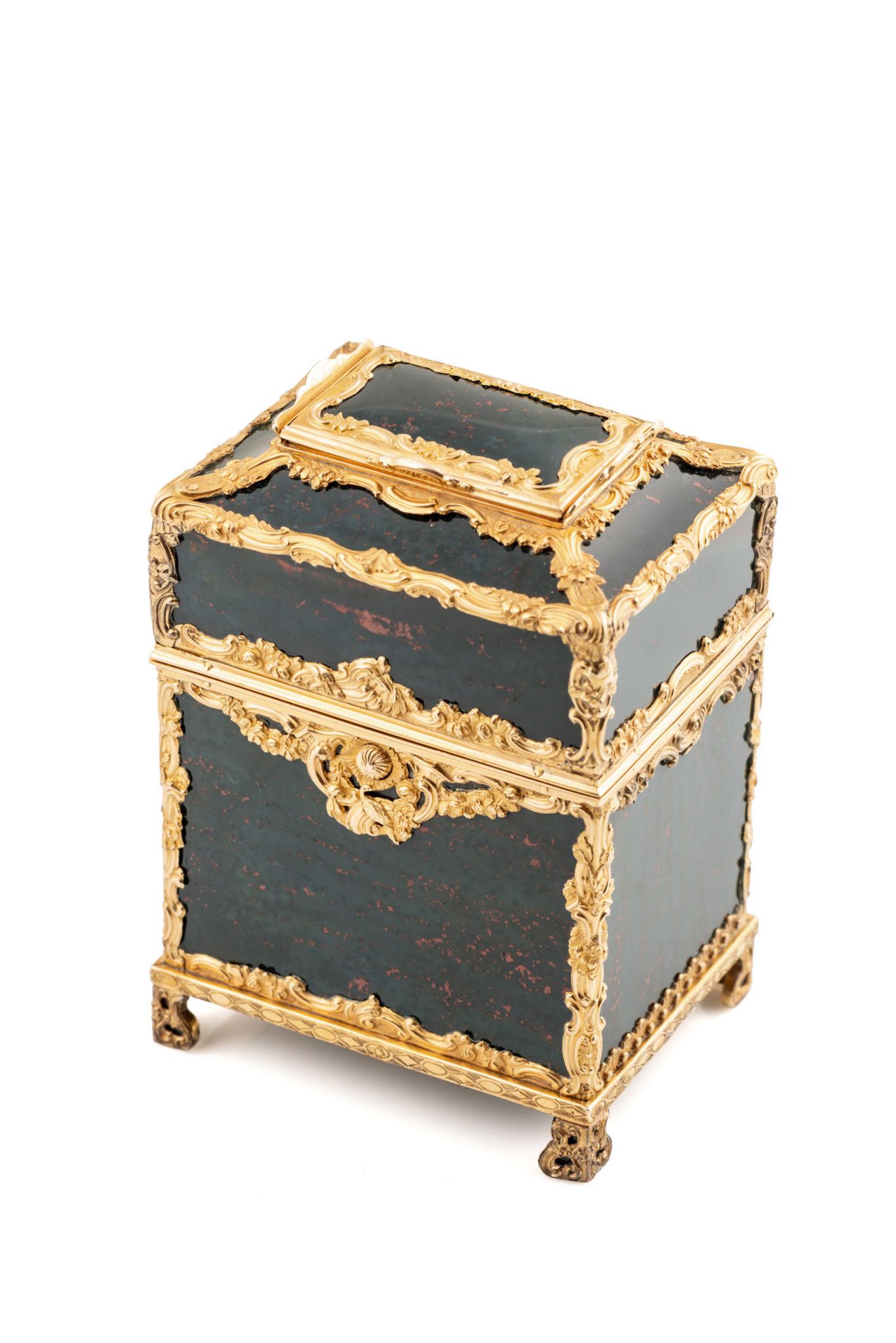 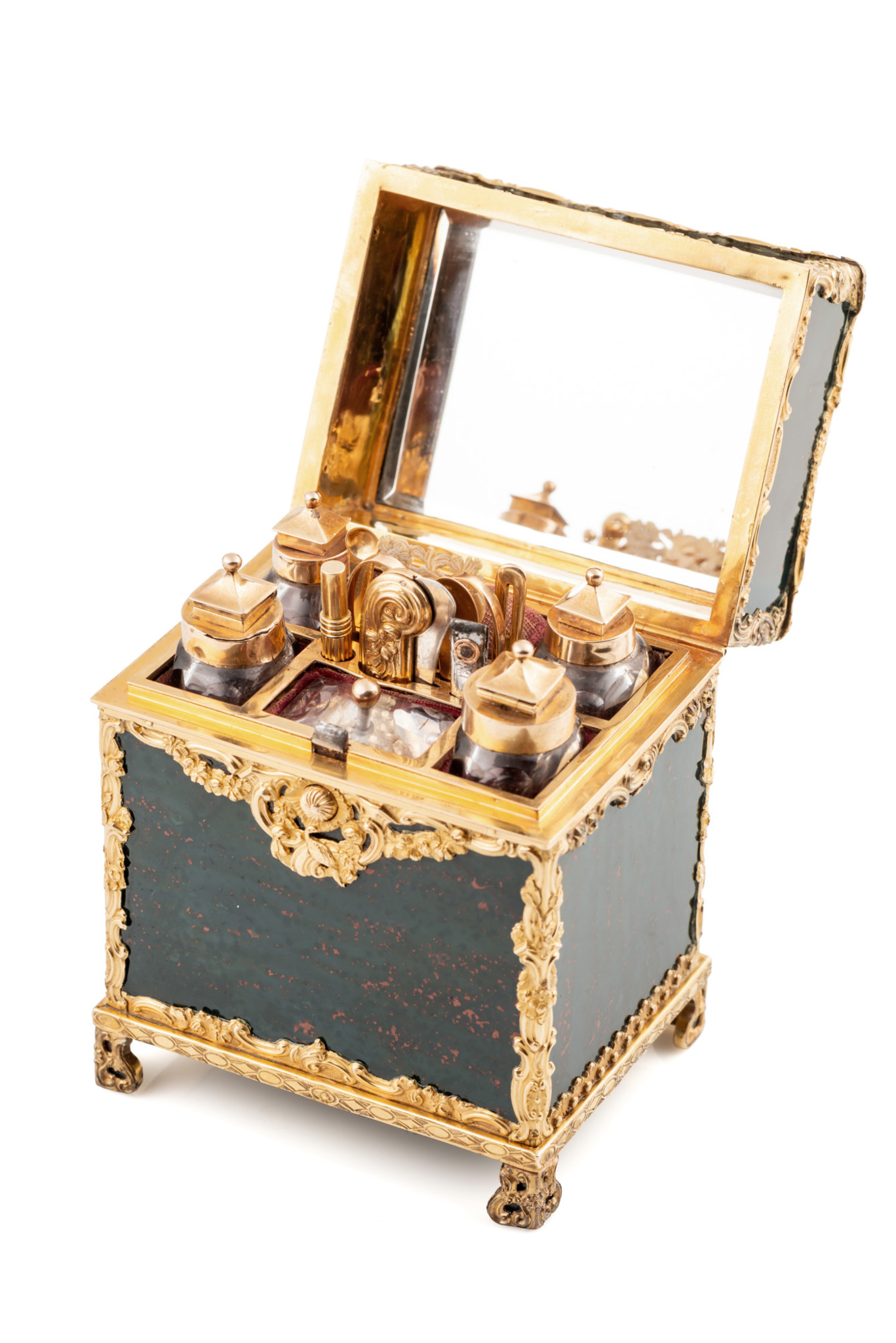 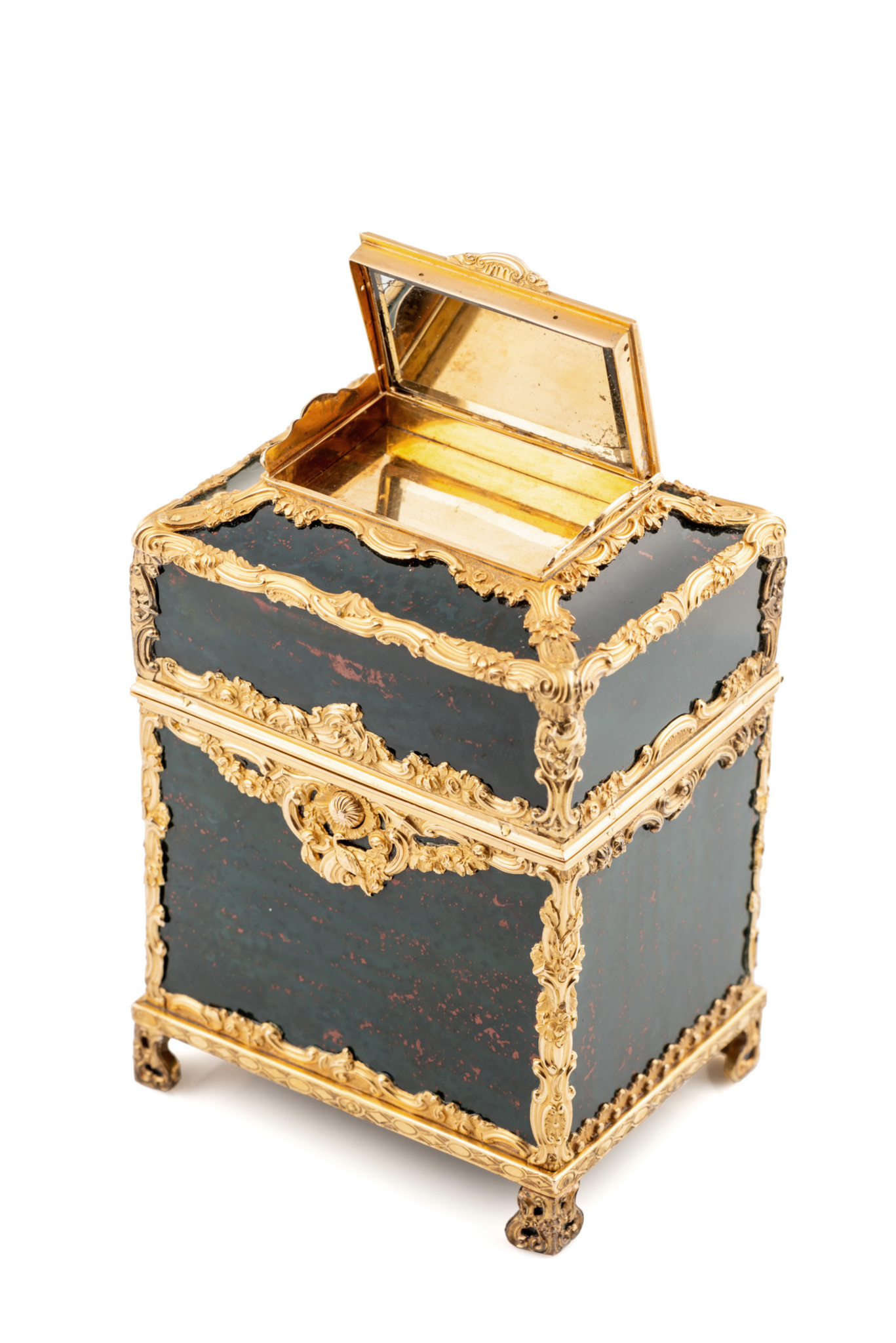 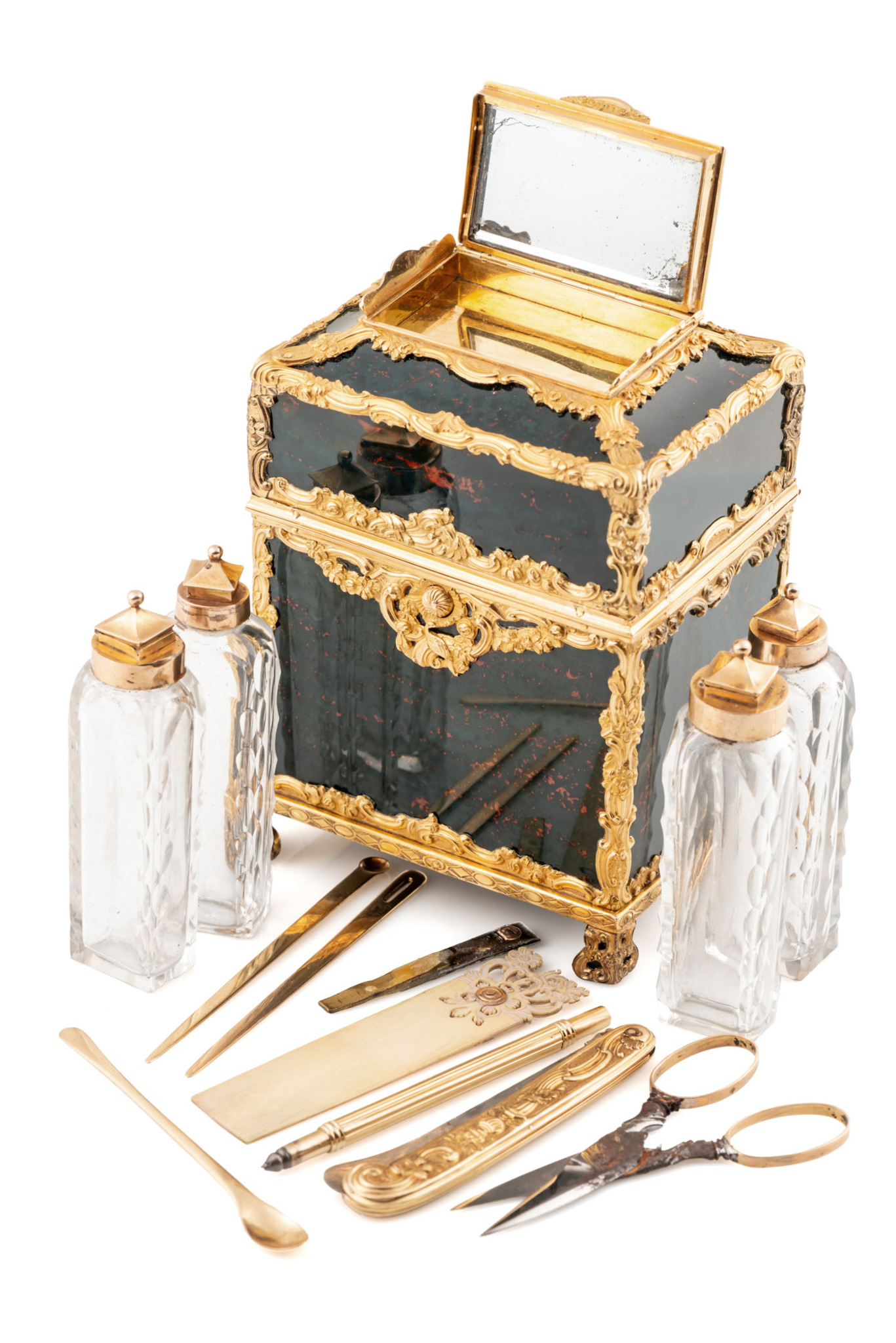 Yellow gold and blood jasper, vertical rectangular-shaped, George III, necessaire de beauté, beauty case, probably made for the Chinese market, with inside: - a two-leaved ivory tablets with gold rivet, - a pencil, - a pair of scissors, - tweezers (partly broken), - an ear-spoon, - a cure-nail, - a toothpick, - a one-blade penknife, - four perfume-flasks in rock crystal with gold covers, - a compartment with rock crystal and gold cover (for the “mouches de beauté”, the artificial melanocytic nevus) -a pin cushion (to pick the “mouches”); and inside the cover, a large mirror. Cabinet in the shape of a Chippendale or Biedermeier secretary desk, mounted in a cagework of gold chases with scrolls and blood jasper panels; the lid with a concealed compartment with inside a mirror. Several nécessaire de beauté (beauty case) and nécessaire à écrire (writing case) of this form, made with moss-agate or blood-stone panels, which have characteristics close enough to allow them to be considered the products of a single workshop, are known. Several examples, some fitted with watch or musical movements, are signed by the famous James Cox of London, who often produced for the trade markets, especially for China. Museums as the Louvre in Paris, the Patek Philippe Museum in Geneva, the Museum of the Forbidden City in Beijing and others kept examples of this maker in their collection. James Cox (c.1723-1800), London Was the son of Henry Cox, a tailor. He became Free of the Clockmaker’s Company in 1745. In June 1745, he set up shop in Racquet Court, where he remained until 1756. In 1756, Cox entered into partnership with Edward Grace, moving to larger premises in Shoe Lane. However, Cox & Grace declared bankruptcy in November 1758. During the 1760s and early 1770s, Cox became famous for luxurious musical and automaton clocks and watches made of precious metals and studded with precious stones, destined particularly for the court of the Chinese Emperor. James Cox died in Watford in early 1800 and was buried in the family vault in London’s Bunhill Fields on February 26 of that year. Bibliography • Le Corbeiller, Clare, “James Cox. A biographical Review”, in The Burlington Magazine, vol. 112, June 1970, MayAugust 1970, pp. 351-358. • Smith, Roger, “James Cox (c.1723- 1800), A revised biography”, in The Burlington Magazine, June 2000. • White, Ian, English Clocks for the Eastern Markets, Great Britain, 2012, Chapters 5-7, pp. 94-207.