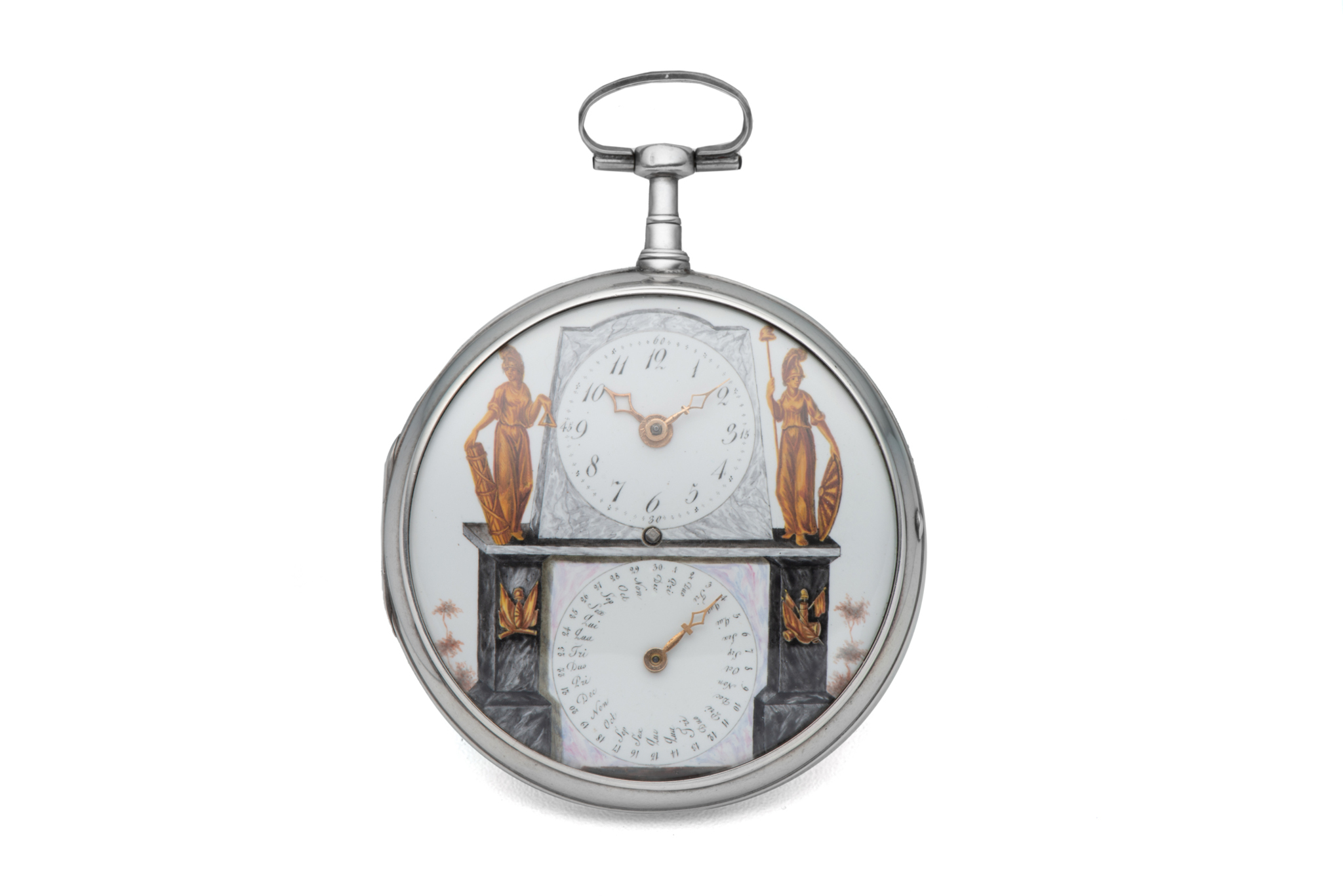 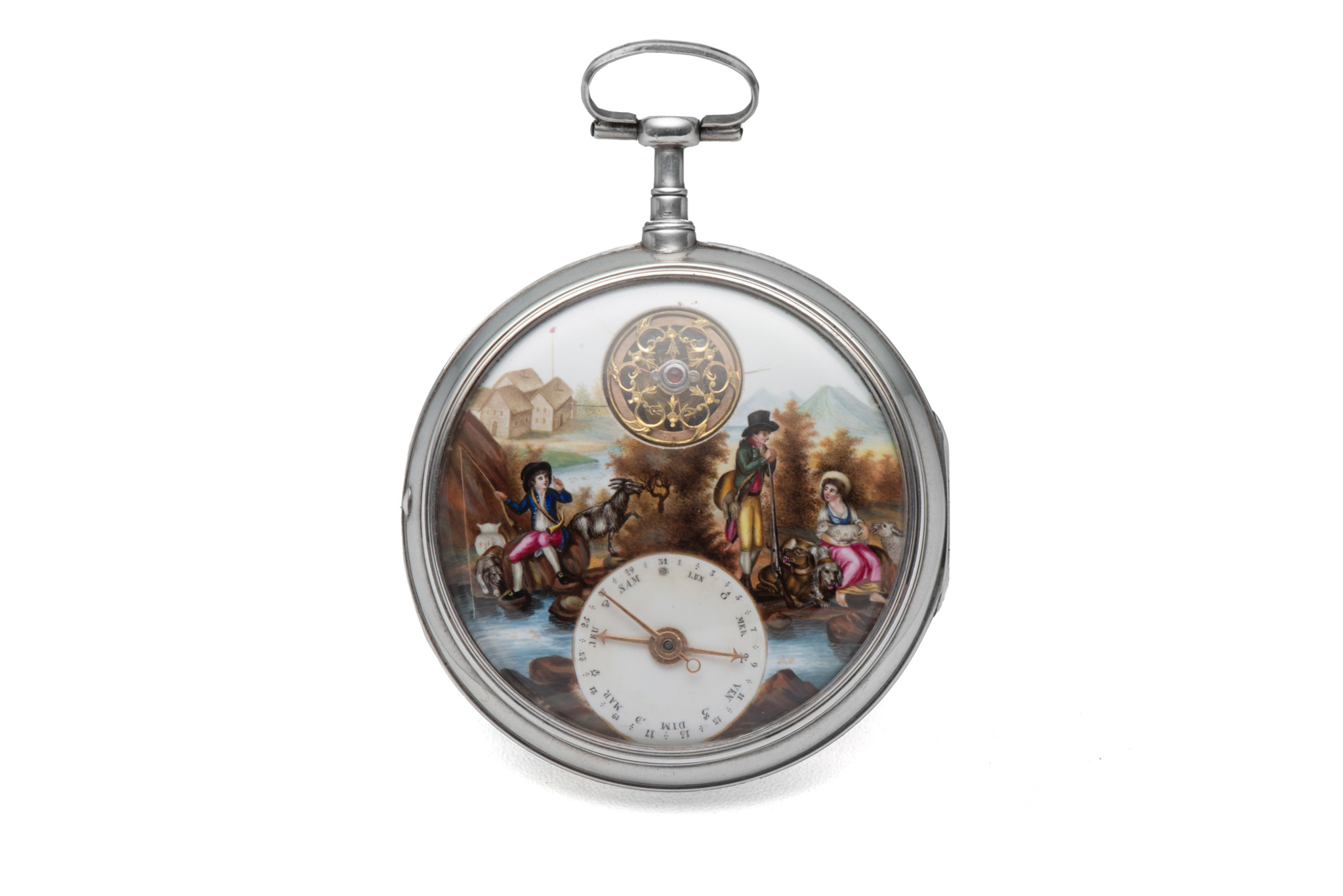 The escapement used in this watch is may be unique. It’s made with two brass wheels with alternating inward facing pins replacing the two usual steel discs ; the polished steel pins act alternately on a cutaway cone on the balance staff. The use of steel pins instead of two steel discs is a very interesting experiment.

Decimal time and the Republican calendar

On October 24, 1793, according to the proposal of the mathematician and politician Charles-Gilbert Romme (1750-1795), the National Convention adopts a decree replacing the Gregorian calendar by the revolutionary calendar based on the decimal system.
The day which starts at midnight is then composed of ten hours, these are divided into one hundred minutes, themselves subdivided into one hundred seconds.
The Republican calendar (“calendrier républicain”) is established, the year begins at the autumnal equinox (year one of the Republic begins on September 22, 1792), and is divided in twelve months of thirty days each (or three decades), plus five or six complementary days (“jours complémentaires”), which are devoted to the celebration of Republican holidays (“sans-culottides”).
The writer and politician Philippe Nazaire François Fabre (1750-1794), known as Fabre d’Eglantine, is responsible for creating new month names inspired by the seasons; they are : for autumn: vendémiaire, brumaire and frimaire;
for winter: nivôse, pluviôse and ventôse;
for spring: germinal, floréal and prairial;
for the summer: messidor, thermidor and fructidor.

The month is divided into three decades of ten appointed days: primidi, duodi, tridi, quartidi, quintidi, sextidi, septidi, octidi, nonidi and décadi.
However, the French do not get used to this new measure of time and the Convention must suspend, on 18 germinal an III (April 7, 1795), the decimalisation of time for an indefinite period. Napoleon I (1769-1821), Emperor of the French (1804-1815), definitively put an end to the Republican calendar on 22 fructidor an XII (9 September 1805) and officially restored the Gregorian calendar on January 1st, 1806.