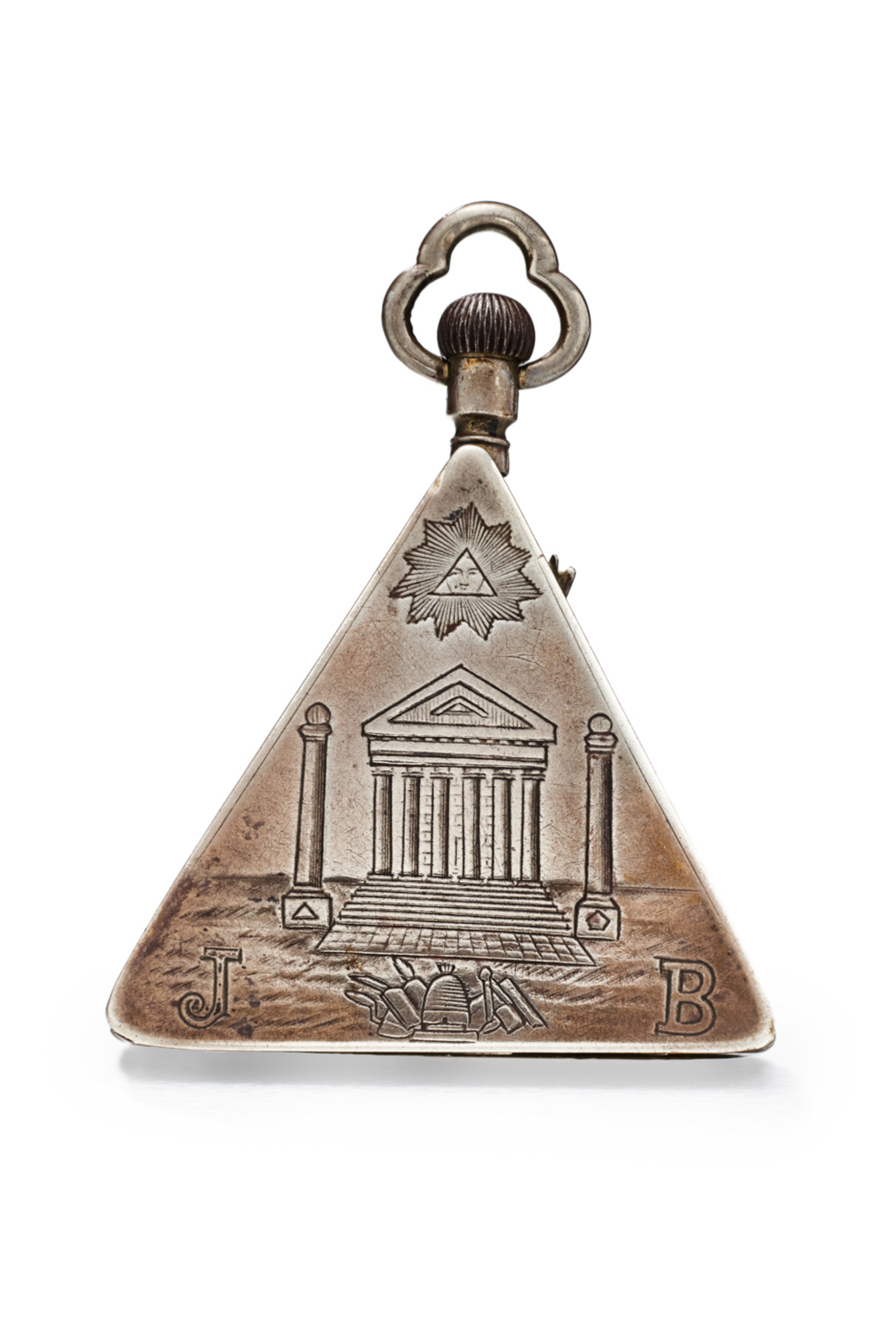 Schwab Loeillet, Théophile, Geneva, and Tempor Watch & Co. Théophile Schwab established his company in the 1880’s. It appears that in 1888, he took up the firm of Eugene Loeillet, under the name of Schwab Loeillet; first established in Saint-Imier (Jura bernois) (trade mark No. 1 884 become No. 2 406), then in Geneva, at Eaux-Vives, before setting up 22, rue du Mont-Blanc. A trademark “Schwab Loeillet Watch Co.” is registered on October 1, 1915, under the No. 37 339. From circa 1920, traded as Tempor Watch Co., he’s specialized in watches for the freemasonry, creating triangular or round, silver or nickel and sometimes gold watches with classical movements containing 15 or 17 jewels, with one-day power-reserve. At one point, he modified the 1920’s design, introducing triangular-shaped high-quality movements, and made the watch much thinner. His masonic watches sometimes bear his name, sometimes the name Tempor, sometimes both. In 1923, Théophile Schwab Loeillet obtained a Swiss invention patent for a “Montre-Portefeuille” under No. 100 509. The 8-day going wallet-watch is presented with a triangular masonic dial. The company was listed until the late 1920’s. In 1930, the company was listed in an advertisement as “Schwab & Brandt, formerly Schwab Loeillet, the only makers of Masonic watches”. The Tempor Watch, M. F. G. [manufacturing] & Co., Grimme & Co., was the property of watchmakers established in Geneva, 3, rue Charponnière. They bought in 1908 the Charles Funk’s US invention patent, No. 892 147: a circle permitting to fit a Swiss movement in an American watch case. In 1924, the company was established 22, rue du Mont-Blanc, when it took the financial control of the Schwab G. & Loeillet company, and produce watches for the French freemasonry.