MA KARL GRIESBAUM RCA SINGING-BIRD BOX IN THE SHAPE OF A PIANO; SILVER

Silver, key-winding, singing-bird box in the shape of a piano; singing-bird cover decorated with musical instruments. 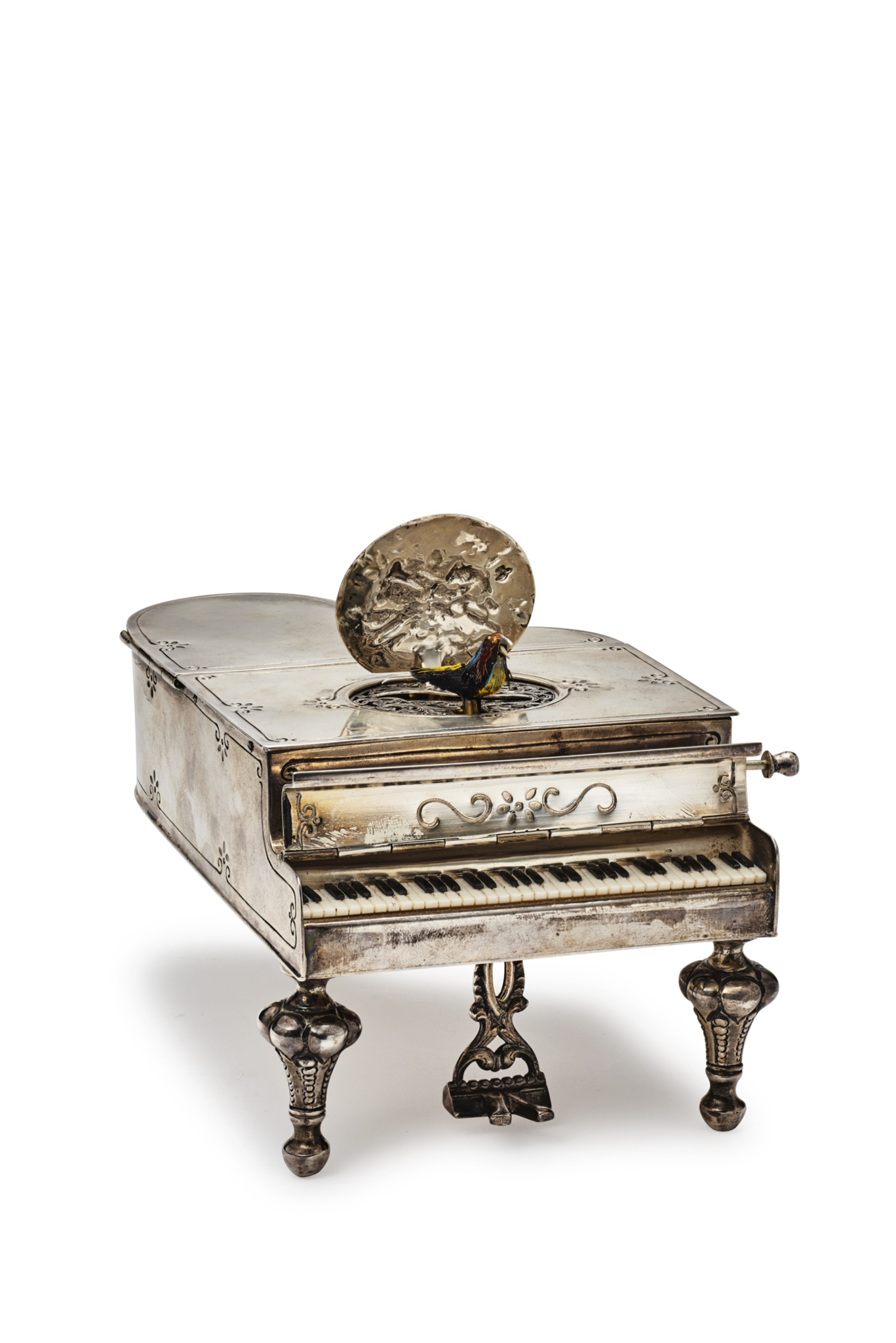 Accessories Silver winding-key (in the shape of a bird)

Griesbaum, Karl (1872-1941) The firm Griesbaum was founded in 1905 in Germany, in the Black Forest, in Triberg (Baden-Wurttemberg), by Karl Griesbaum (1872-1941). He is the son of Mathias Griesbaum, a clockmaker. He began working as a micro-mechanic in the basement of his home. He has five children who will work with him: Mathias (1902-1974), Amalia, Helena, Caroline and Karl Joseph (b.1916). Mathias studied clockmaking in Furtwangen, pursued commercial studies in Karlsruhe, as well as in Switzerland. The most typical items of the Griesbaum House are probably their snuff-boxes with a singing bird, particularly those made in a style reminiscent of the traditional German silversmiths of earlier centuries, but also their boxes with two singing birds and those serving as boxes for cigarettes.