Enamel on copper, vertical oval-shaped, portrait miniature, showing a lady of quality, in bust, face slightly turned to the right, in a purple dress enhanced with white lace and blue ribbons; in its original oval-shaped ormolu “Transition” frame surmounted by a scallop. 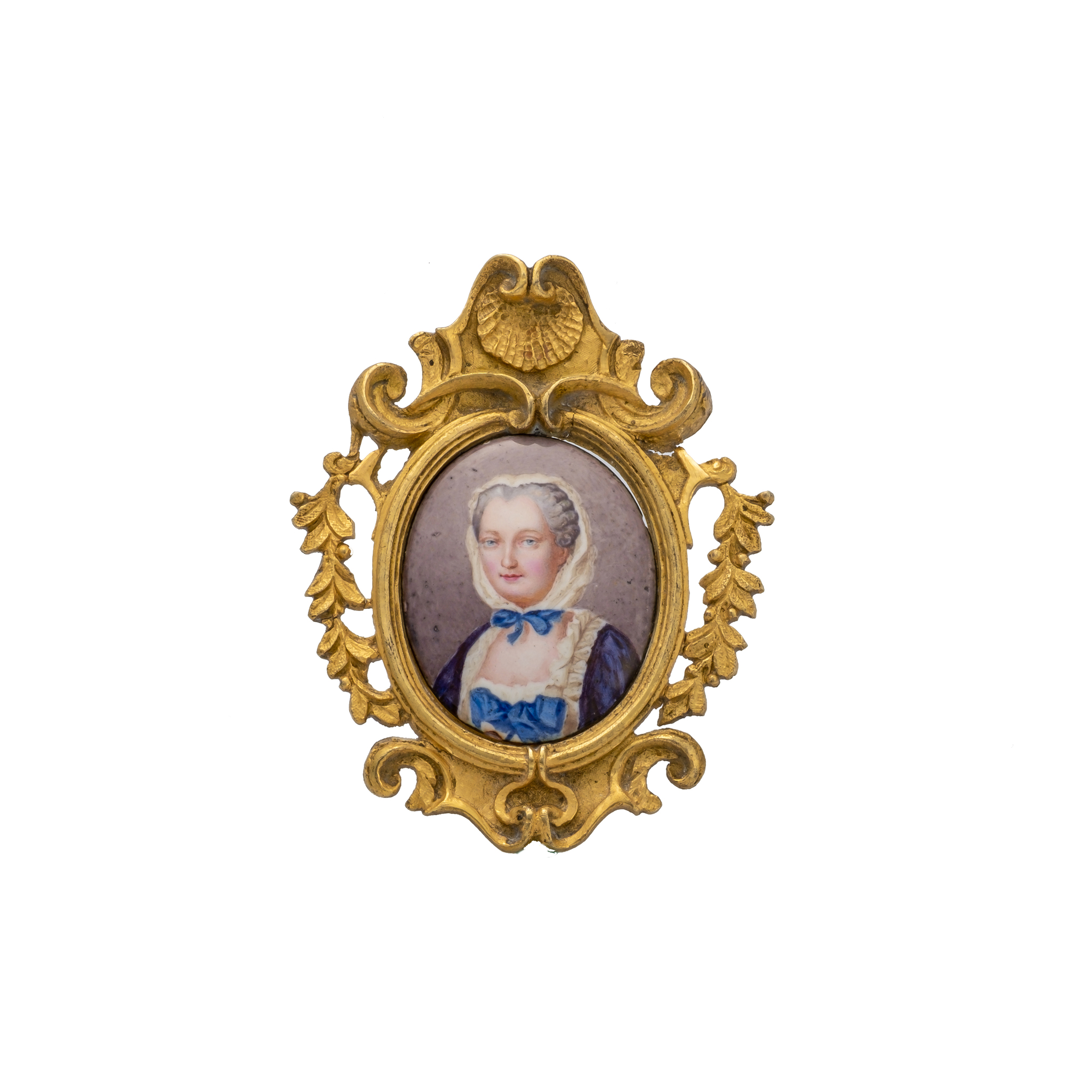 “Transition” style
The “Transition” style corresponds to the first part of the Louis XVI style in French furniture, it makes the transition (hence its name) between the novelty and originality of the Louis XV style, and the return to the classical inspiration of the Louis XVI style.
This style was born under the impulse of innovative architects who wanted to distinguish themselves from the Louis XV style which, in spite of its originality, started to stagnate from the 1750s onwards in its forms, evolving only towards an ornamental excess. Faced with the excesses of certain ornamentalists through the abuse of curves, certain craftsmen returned to rigour and symmetry, strongly inspired by the Greco-Roman world, as archaeological discoveries became a science.