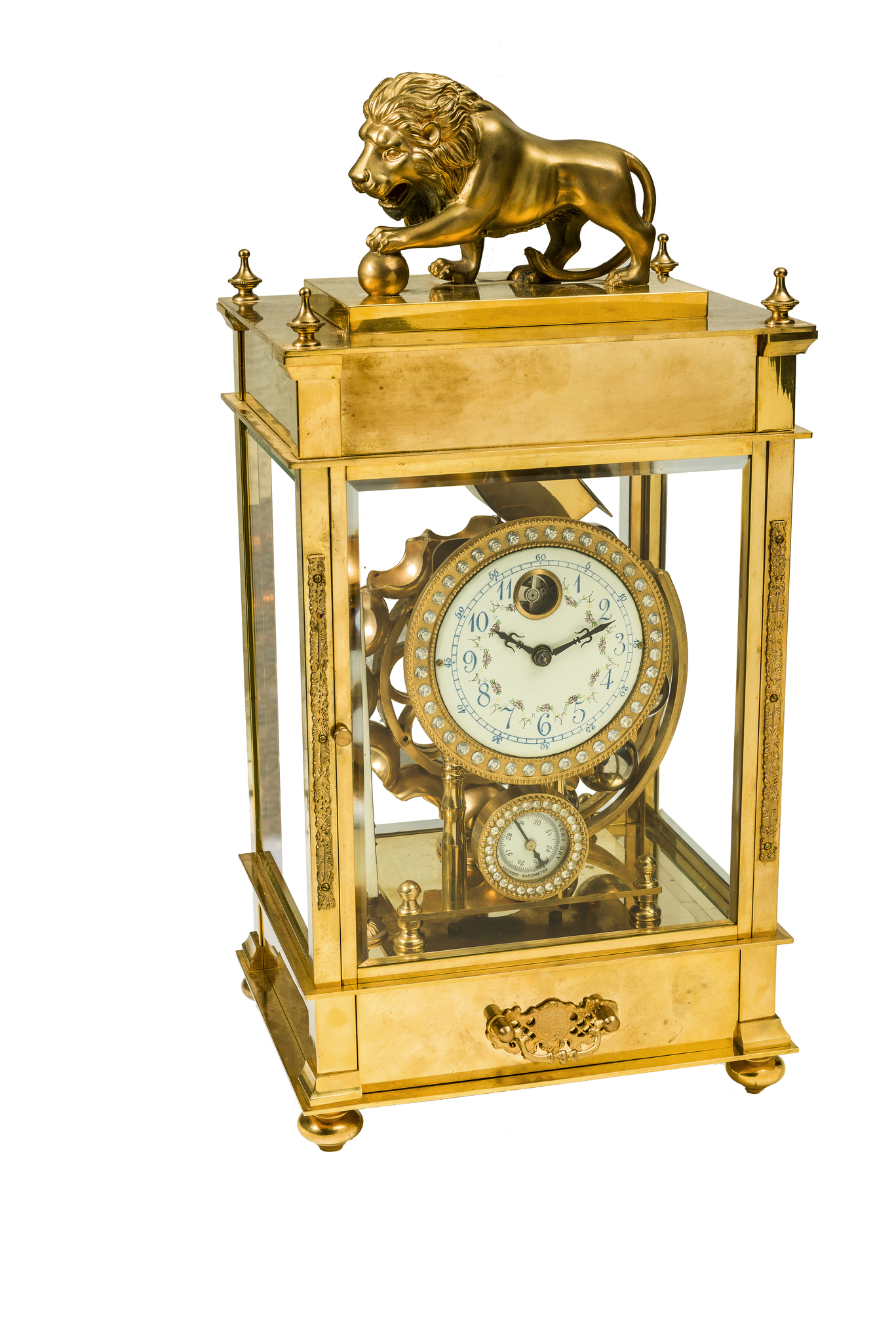 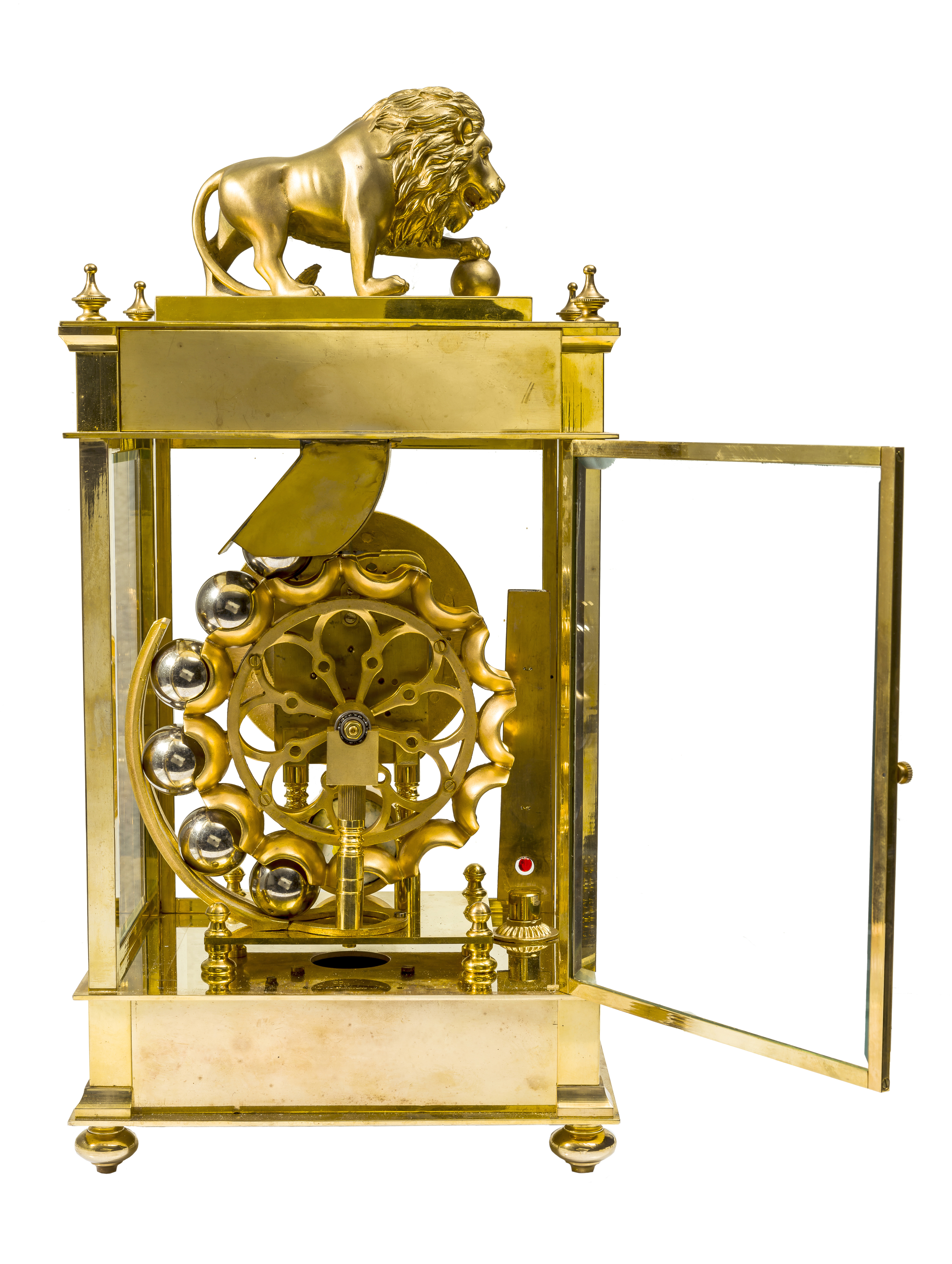 "PENDULE A BILLE", CONSTANT FORCE WITH THERMOMETER AND BAROMETER BASED ON A MODEL PRESENTED AT THE PARIS UNIVERSAL EXHIBITION IN 1900 A fine and extremely rare, gilt brass, constant force, perpetual calendar ball clock with thermometer and barometer.

This clock with perpetual movement with constant force, is described by Mathieu Planchon (1842-1921) who was a prolific watchmaker, automaton creator and watch historian. He publishes multiple papers on the Paris Universal exhibition where he describes and shows multiple drawings allowing the general public to understand the concept of constant force due to the 18 steel balls. These models are inspired by the antique water clocks from the middle ages that Mathieu Planchon also describes in one of his books dedicated to horology. It is not, in fact, unthinkable that Mathieu Planchon himself designed and built these clocks as he was well known for making modern copies of older clocks. Himself a watchmaker, and understanding that every mechanical clock has to stop running at some point, was fascinated that a perpetual clock does not, in fact, exist. A big part of the challenge is to hide the mechanism that is needed to make the clock run. The two lions at the top of the clock are inspired by the Medicis lions that can be found on either side of their house in Rome. Each lion is holding a sphere in reference to the 6 spheres that can be found on their family coat of arms. There are to this day, 6 other similar models known: one in Florida, one gifted in 1894 to the British consulate in Tunis, another sold to the Imperial court of China and conserved in the Peking horology museum.