18K pink gold, open-face, keyless-winding, round-shaped, pocket chronometer, hinged case-back, subsidiary seconds at 6 Movement based on the American invention patent no. 291 780, delivered on January 8, 1884, to Ernest-Jacques Roux and Louis-Uriel Fatio, Geneva, for a "watch regulator" (precision-regulating device for fast / slow by means of a micrometric screw). 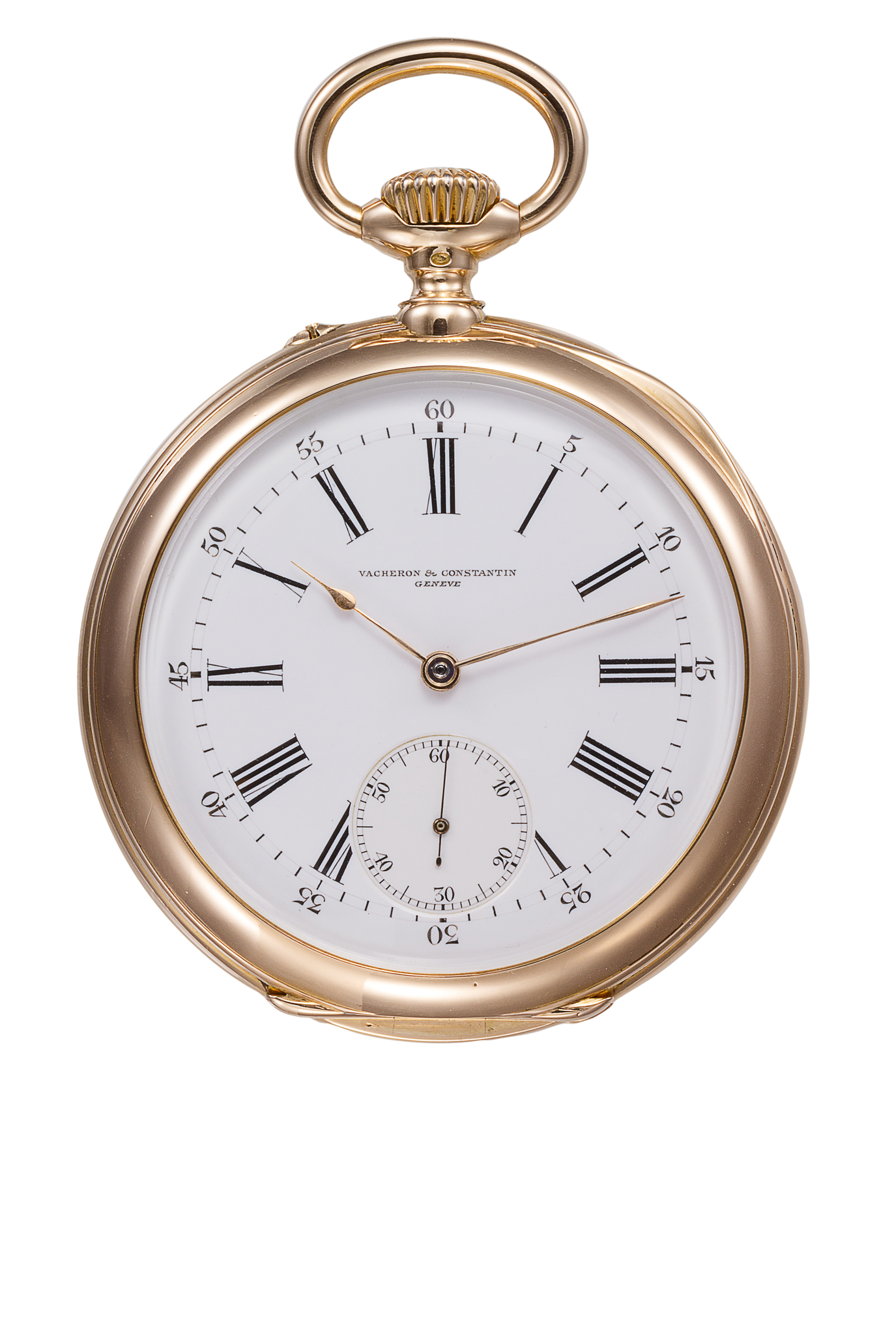 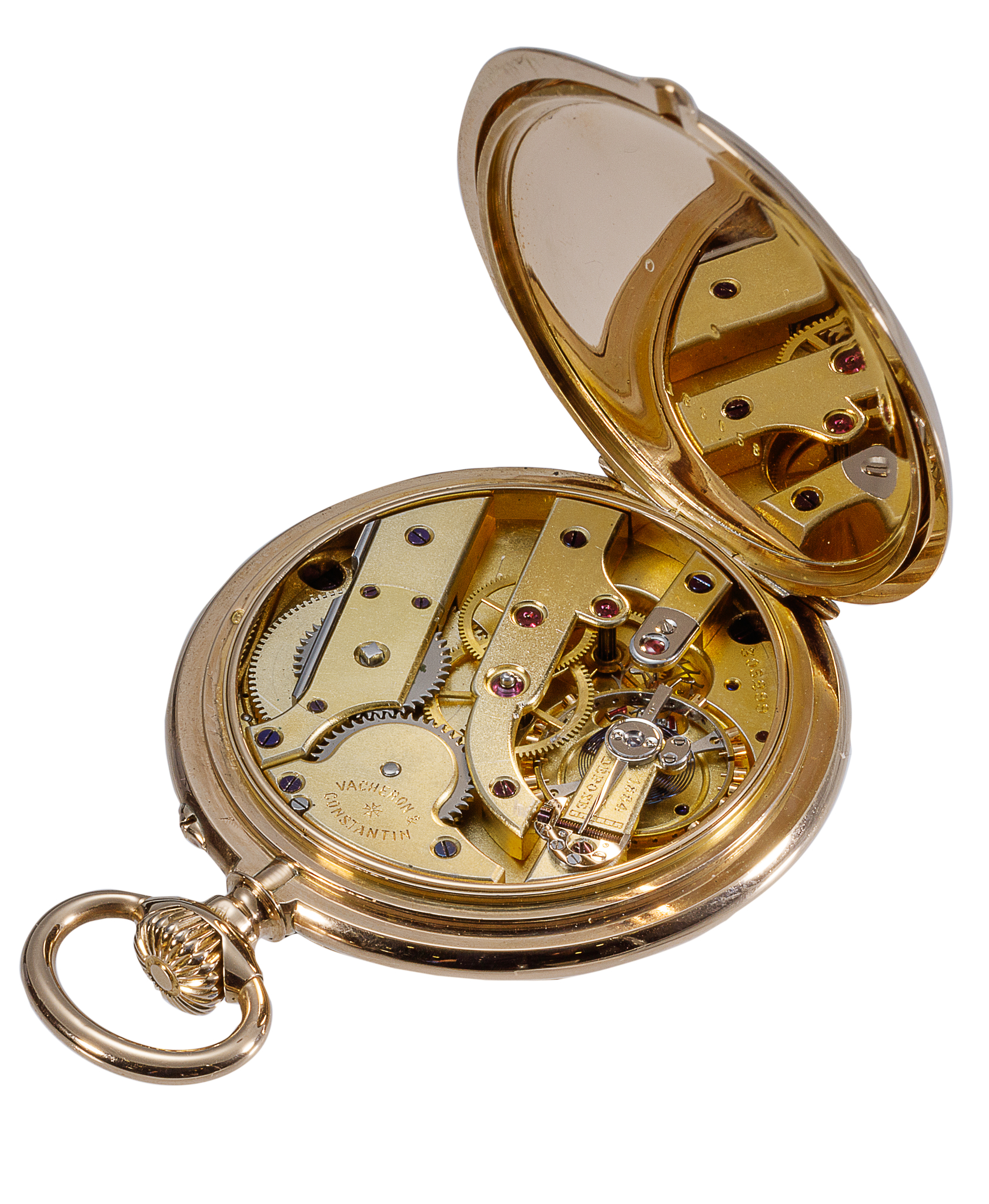 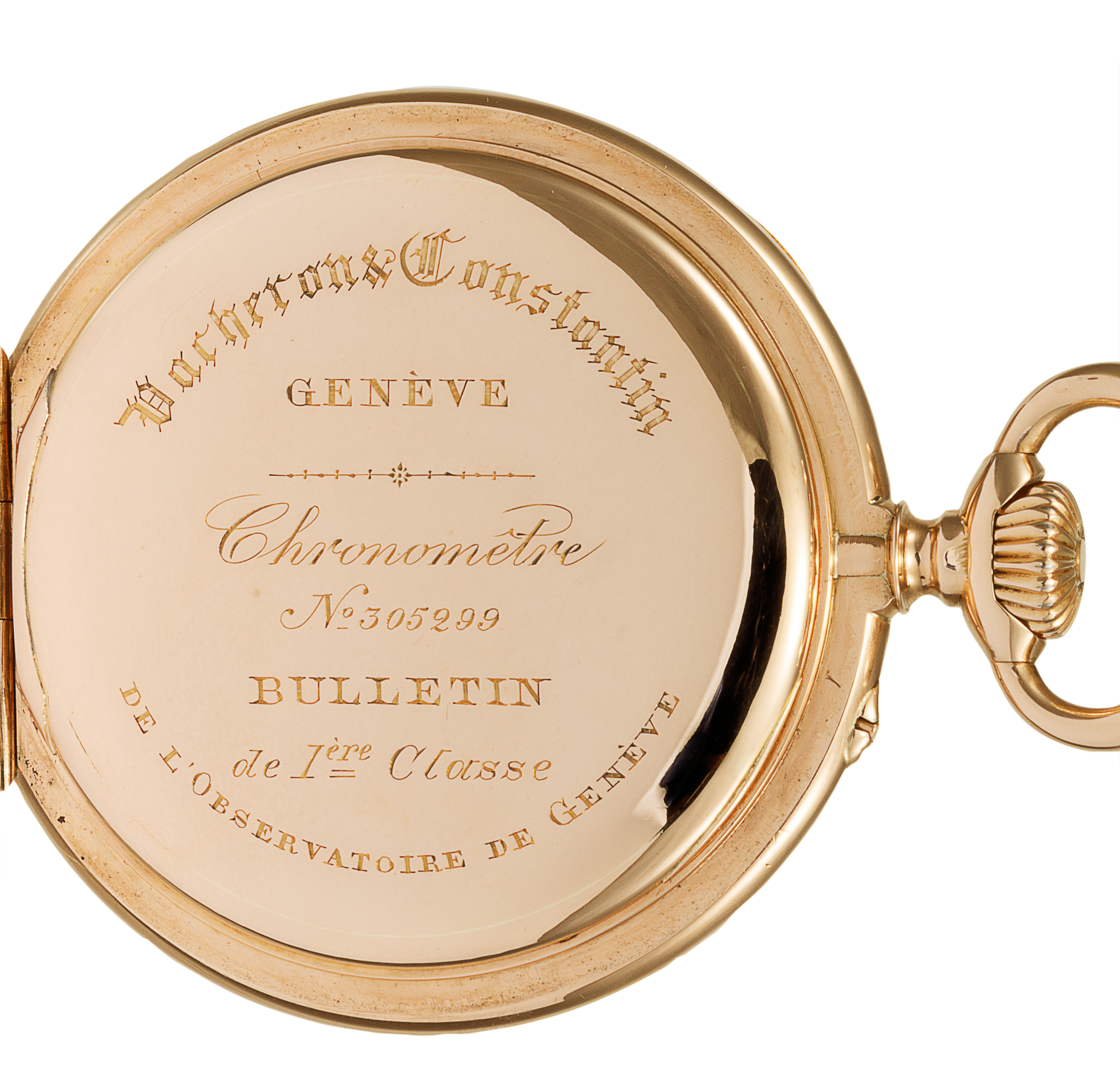 Real scarcity of real chronometers By the end of the 19th century, the Swiss watch industry produced millions of watches. Each year, an infinitesimal part of them are especially manufactured and adjusted to be presented to the annual chronometrical contests of the observatories of Geneva or Neuchâtel. With the improvement of production techniques, the observatory regularly reinforces the rules of the contest; this competition becomes, every year, always more difficult. On the very small quantity of watches subjected to the rigorous and impartial control of the observatories, a good part is rejected; only the best pieces remain in the running. Winning a Bulletin de marche - especially one of "First Class" - allows watch manufacturers to prove their chronometry skills. The same applies to the distinctions obtained at industrial or artistic exhibitions, whether at regional, national or universal level. At a time when marketing and advertising do not exist, this is the only real way to promote a company to the public and potential customers. In 1898, in Geneva, only 26 pieces received a 1st Class Bulletin de marche (... on the millions of pieces produced by the entire Swiss watch industry; a large part of which is manufactured in the city at the end of the lake); this shows how a real "chronometer" with a Bulletin de marche is extremely rare! For example, in the Antiquorum's auction devoted to the world's oldest watch manufacturer - The Quarter Millennium of Vacheron Constantin, 1755-2005 (Geneva, April 3, 2005; 250 lots) - our auction house was able to present few chronometers with Bulletin de marche (chapter X): - four deck-watches for military-use, cased in silver (lots 111, 112, 113, 118); - a deck-watch for military-use, with centre-seconds, cased in silver (lot 117); - a deck-watch for military-use, with power-reserve, cased in silver (lot 116) - a deck-watch for civil-use, with power-reserve, cased in gold (lot 115); - two pocket watches for civil-use, cased in gold (lots 121 and 123); - four pocket watches with horological complications, cased in gold (lots 120, 122, 124 and 126); - a pocket watch for civil-use, with horological complications, cased in silver (lot 125); - a pocket watch for civil-use, with a one-minute tourbillon regulator, later cased in gold (lot 127). - a deck-watch for military-use, with centre-seconds, cased in silver (lot 117); Observatory At the timing contest organised in 1898 at the Astronomical Observatory of Geneva, this chronometer was awarded a First Class Bulletin. It was ranked 21st out of 26, with 198.8 points on a possible total of 300. The first obtained 228.3 points and the last classified -186.1 points. Abstract of the timing contest Mean average daily rate +/- 0.29 Mean average corresponding to a change of position +/- 0.77 Error of compensation (per 1° centigrade) +/- 0.078 Restart period + // - 0.74