Light blue flinqué enamel (translucent enamel over guilloché engine-turning) case-back with, on the lower side, the coat-of-arms of the City of Luzern / Lucerne, and, inside a frame on the upper side, a view of the Musegg wall and its nine towers with Lake Luzern in the background, with, on upper left side, the flag of the Helvetic Confederation; the painting on enamel on gold attributable to Lacreuze or Ronet, Geneva. 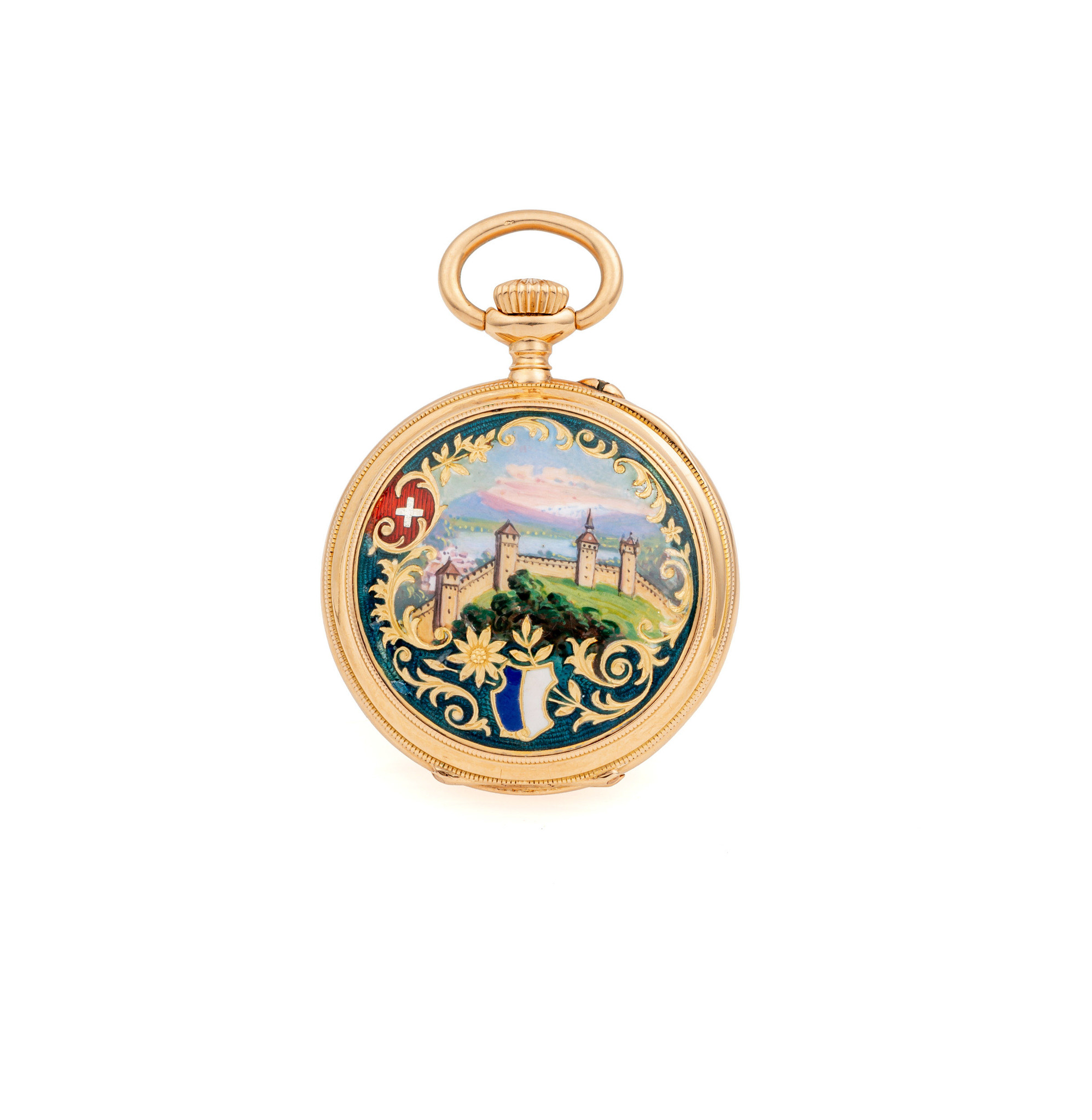 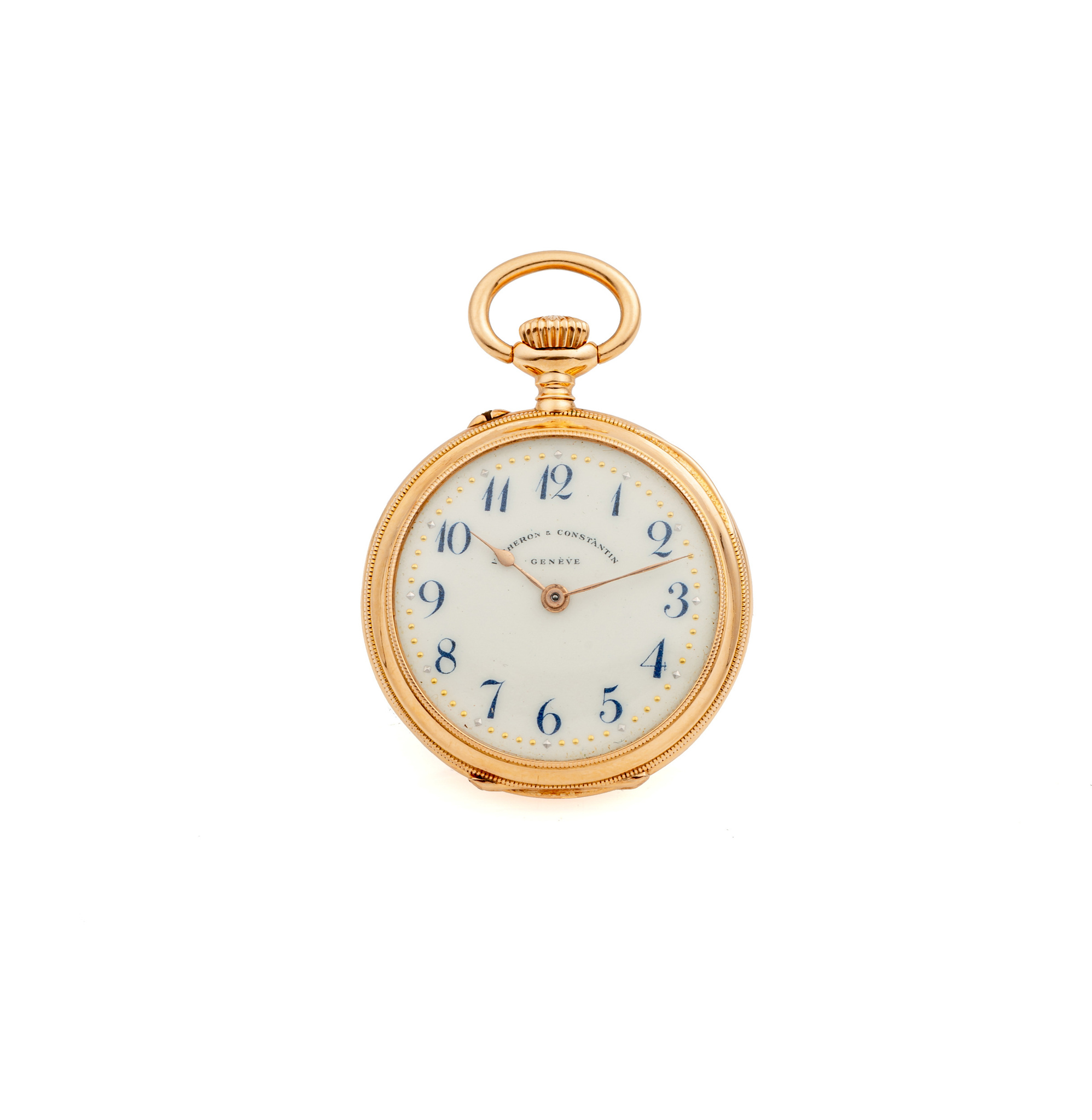 Vacheron Constantin and the Federal Shooting Contest 1901 in Lucerne
In 1901, for the Federal Shooting Contest, who take place in Luzern / Lucerne, Vacheron Constantin produced few series of pendant-watches for the Committee of Organisation, as a gift for the winners of the competitions.
Few pendant watches were especially made with on the case-back an enamel painting on gold scene showing a view of the Musegg wall and its nine towers with Lake Luzern in the background, the coat-of-arms of this City and the flag of the Helvetic Confederation (enamels by Lacreuze or by Ronet).
Bibliography
·       Lambelet, Carole, & Cohen, Lorette, L’Univers de Vacheron Constantin, Geneva, Editions Scriptar, 1992, p. 369.
--
*a 20% import VAT is due on the hammer price with buyer's premium, plus 150€ for termination of temporary export, at buyer's expense, only if it is delivered within the EU