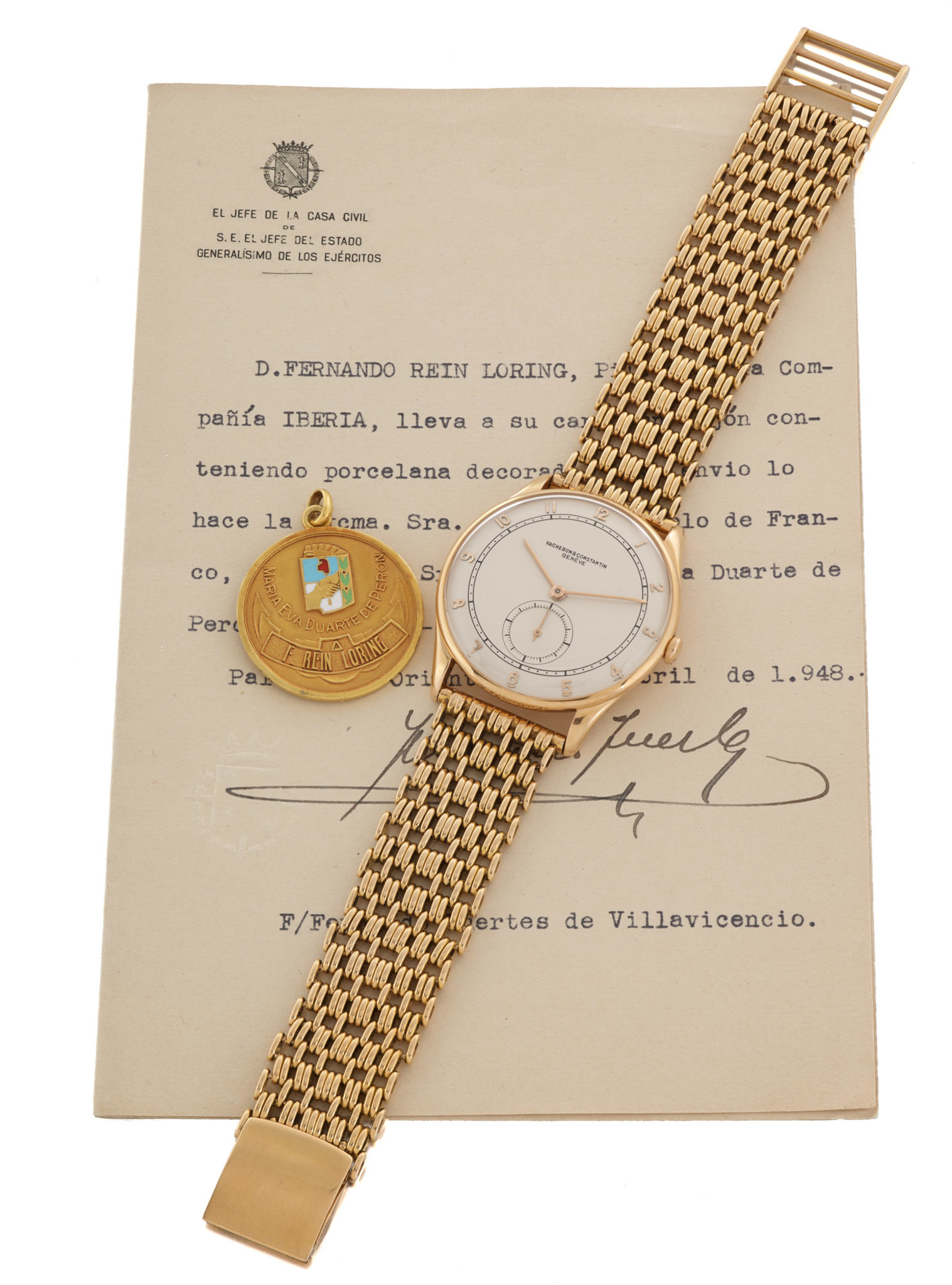 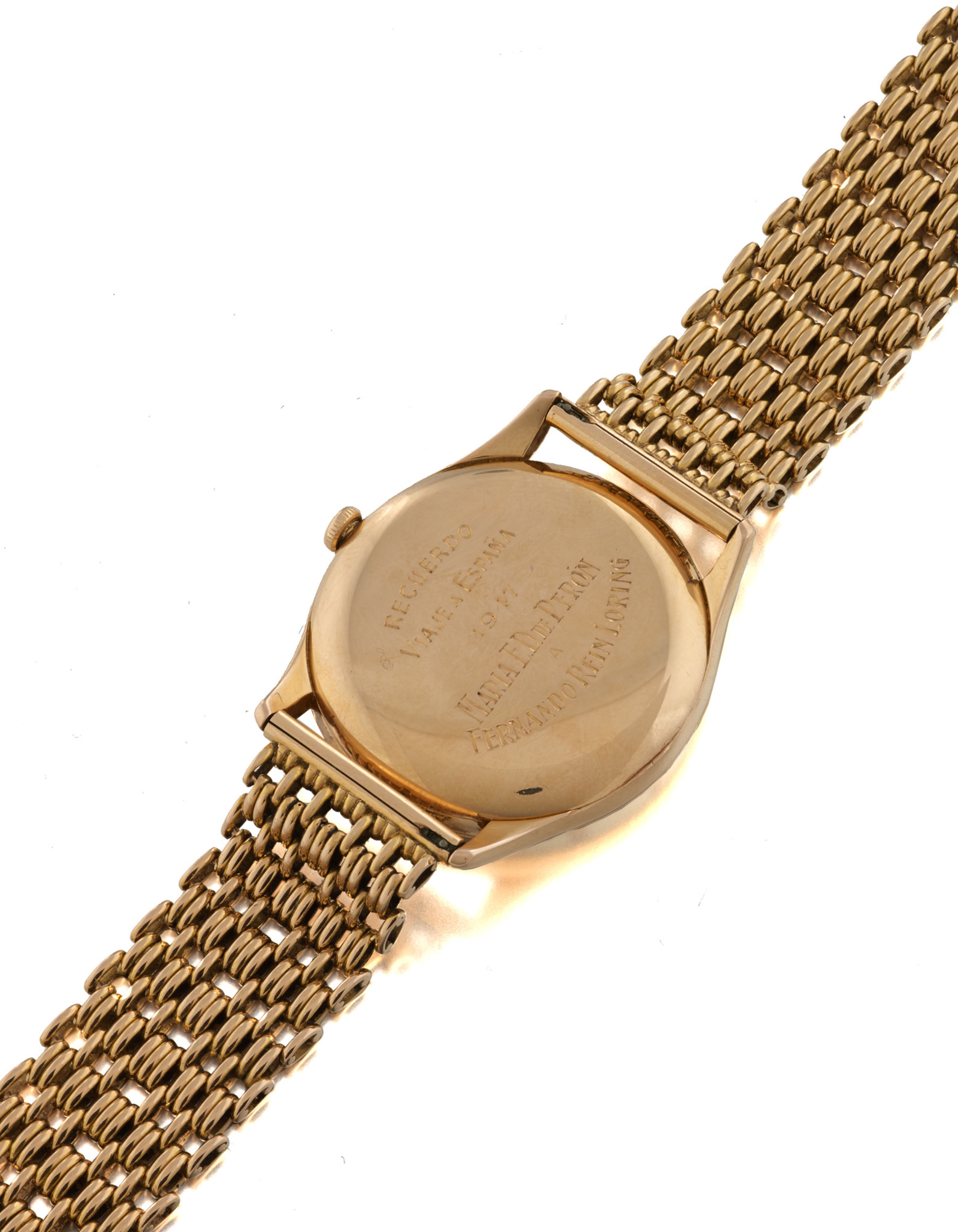 Accessories Commemorative 18k gold medal, letter from the civil aviation confirming the delivery of porcelain from the wife of Franco to Eva Peron

Property of the family of the original Spanish pilot Consigned directly by the family, Fernando Rein Loring (1902-1978) was a very talented civilian and military pilot and became in 1932, the first pilot to have accomplished a flight of more than 16'000 kilometers between Madrid and Manilla. Fernando was traveling alone in an aluminium plane at a cruising speed of 150 km/h. During his adventure, he encountered many incidents. In one of his letters send from Hong Kong, the pilot encountered two typhoons, lightning, tropical rains during a whole week and it was when he landed that he noticed that his fuel tank was leaking. He fought and won his combat against the skies thanks to his courage and endurance and amazingly flew this journey again in 1933. In 1947, Maria Eva Durante de Peron (1919-1952) asked the pilot to fly her to Buenos Aires to Madrid following an invitation by General Francisco Franco. This trip was also historical, especially for Spain, who, at the time, was put aside by the United Nations. This timepiece was given directly to him by Eva Peron (as confirmed by the dedication inscription on the caseback "Recuerdo Viaje a Espana 1947 Maria E.D. Peron a Fernando Rein Loring. Fernando Rein Loring was a man full of humanity like Eva Peron, it is in 1947 that she fought for the women's right of vote in Argentina and got her nationality. The watch comes further accompanied by a gold and enamel medal featuring the portrait of Eva Peron in memory of their trip to Spain in 1947 and his name engraved on the reverse. Shortly before he passed away, Fernando admitted to his family that after numerous perilous adventures flying over deserts and oceans during peace and war times, that what he preferred above all was the serenity he felt when flying alone during nights of full moon.