A very fine and very rare, 18K yellow gold, self-winding, "tonneau"-shaped, large and massive, gentleman’s wristwatch, water-resistant with snap-on case-back and bezel, gold colour dial with applied radial luminescent indexes, and instantaneous date of the month. Case-back engraved with the mention “222”; the front encrusted at 5 o’clock with a tiny cross of Malta. 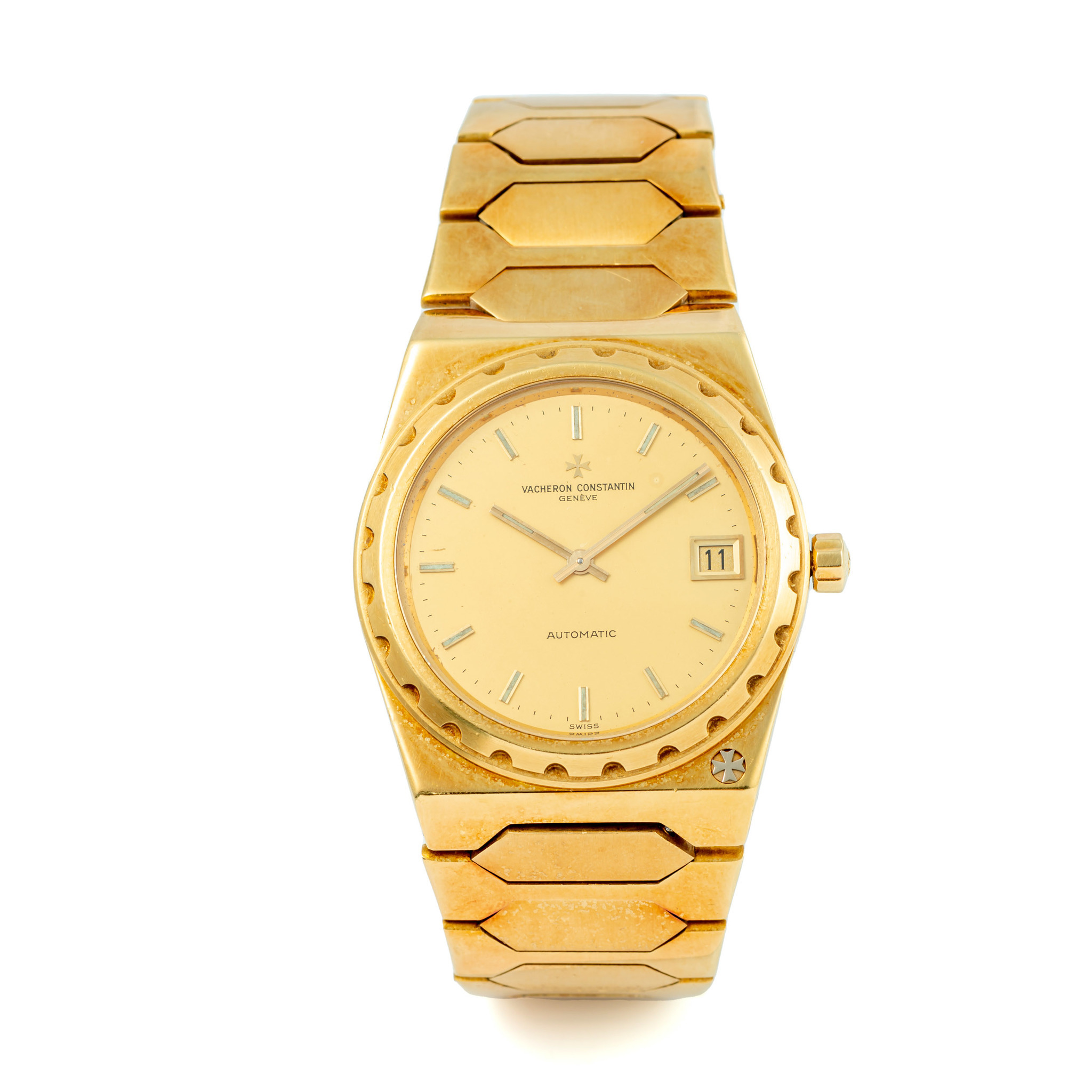 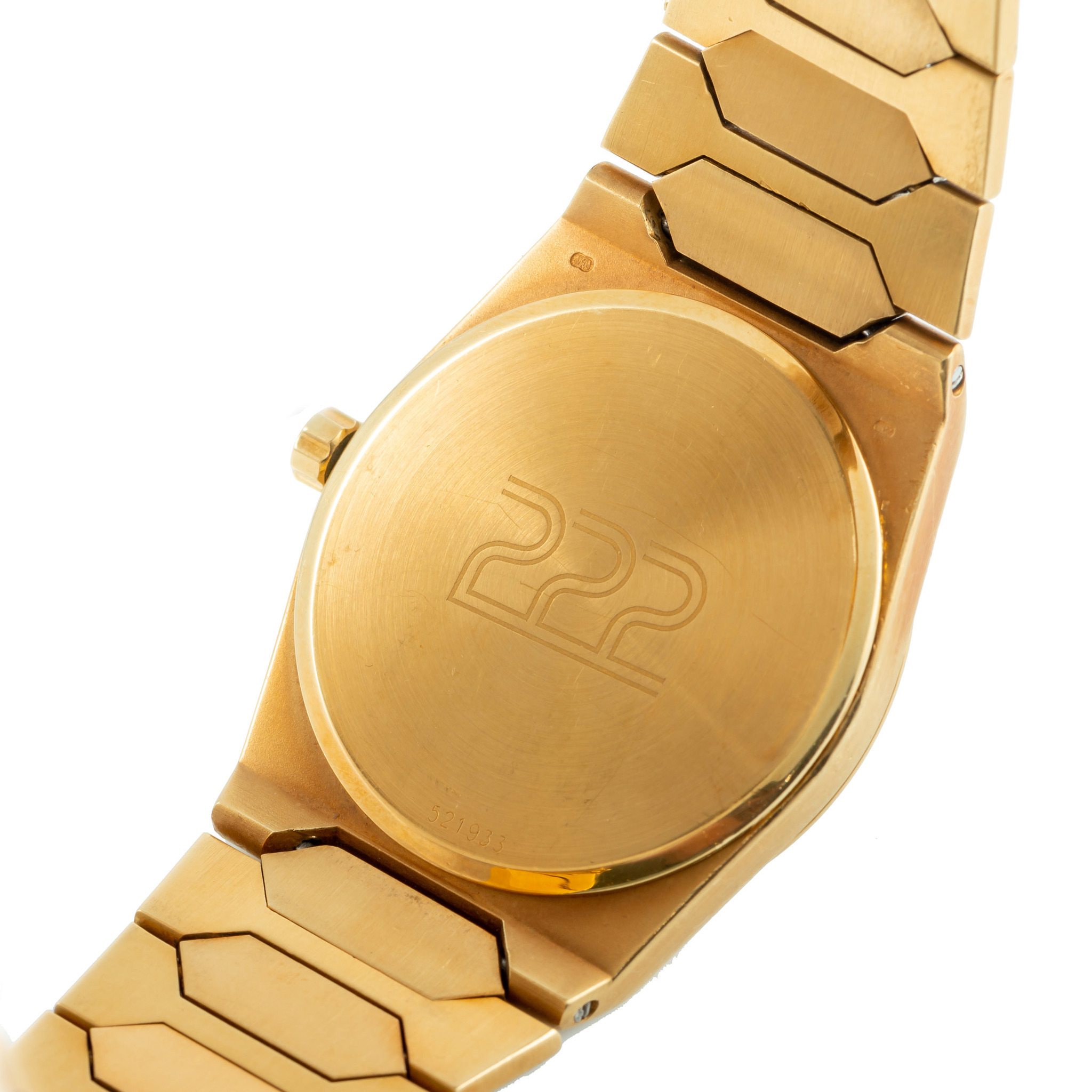 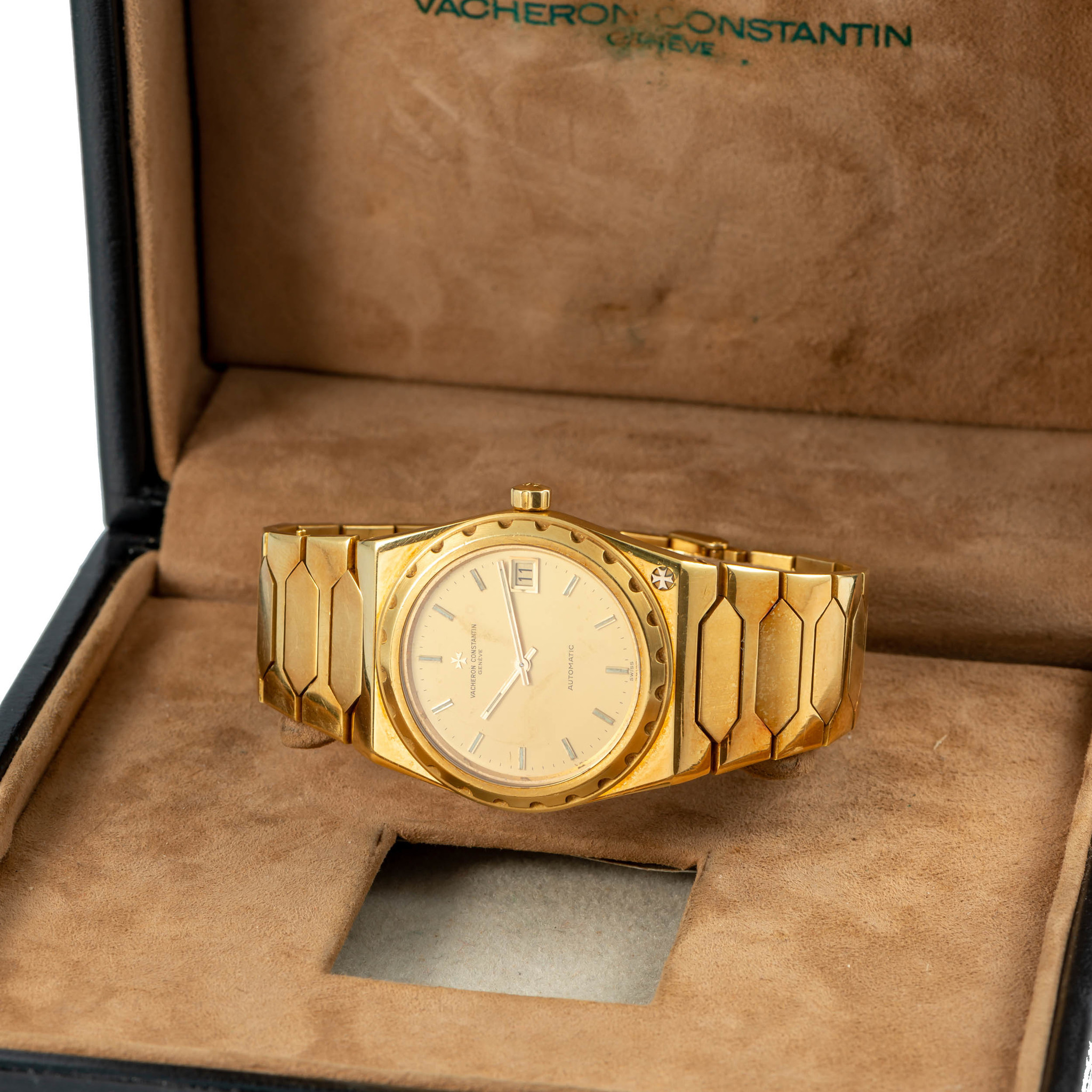 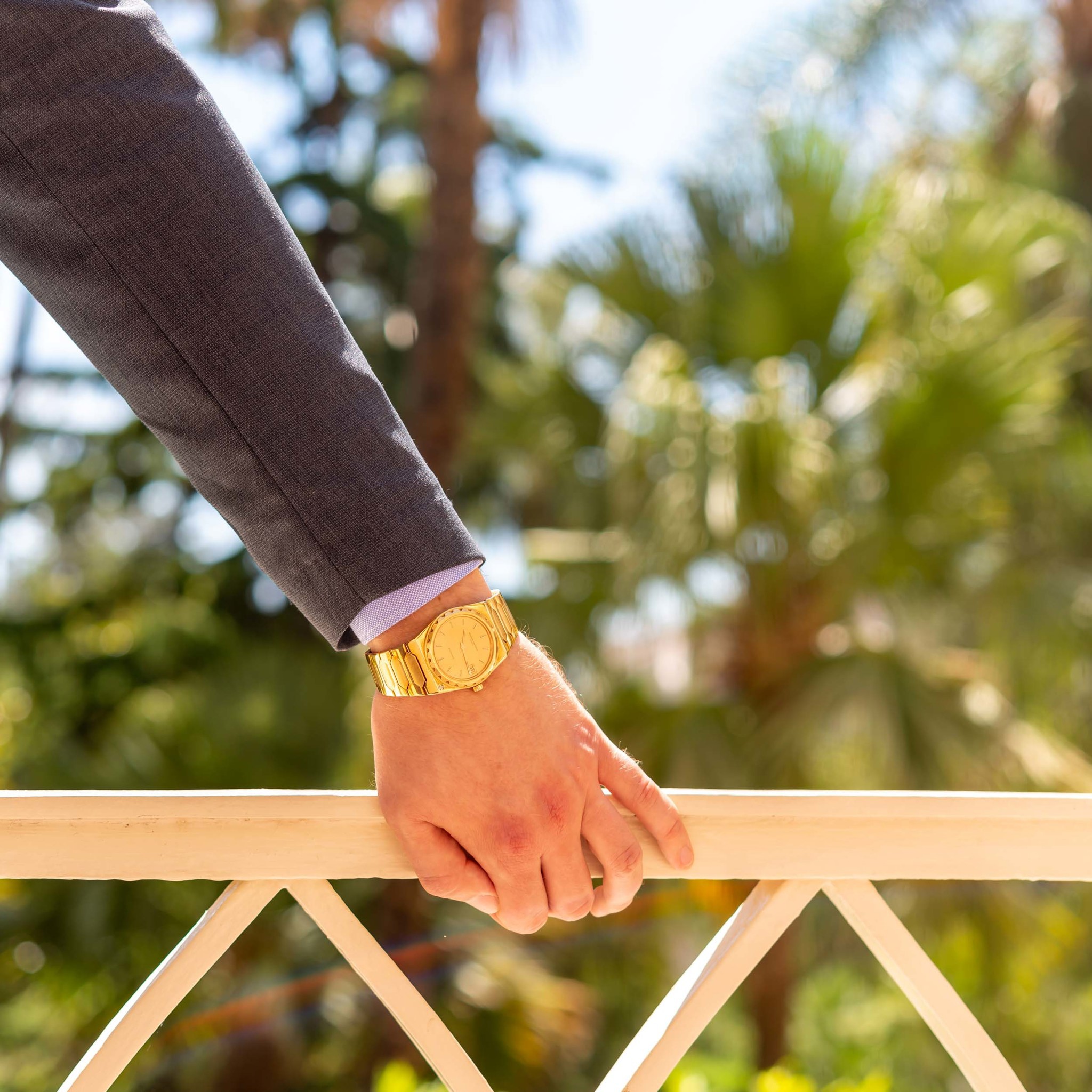 In the mid-1970’s, as the arrival of quartz watches harmed the Swiss watch industry, the great manufacturers reacted late by launching new models of watches made by young designers.
These watches are disruptive, informal and casual! Their stylistic codes go against everything we’ve seen before. These are high-class sports watches with integrated bracelets, which are a radical break from the traditional wristwatches of these important houses.

Audemars Piguet launches its “Royal Oak”, Patek Philippe its “Nautilus”, IWC its “Ingenieur SL”; all three designed by Gérald Genta (1931-2011), a Genevan designer jeweller.
In 1977, to celebrate its 222nd Anniversary, Vacheron Constantin launched its “222”, designed by Jorg Hysek, a young German designer (born in 1953): a thin "tonneau"-shaped case, with a rounded bezel and a tiny cross of Malta encrusted at 5 o’clock.
The “222” is produced in different versions:
· Ø 37 mm., with a self-winding movement with date at 3 o'clock, made on the basis of Jaeger-LeCoultre calibre 920 (also used for the “Nautilus” and the “Royal Oak”);
· Ø 34 mm., with a self-winding movement with date at 3 o'clock (a derivative of the previous movement of the Manufacture of Le Sentier);
· Ø 25 mm., with quartz movement.