The top lots for the auction are as follows: 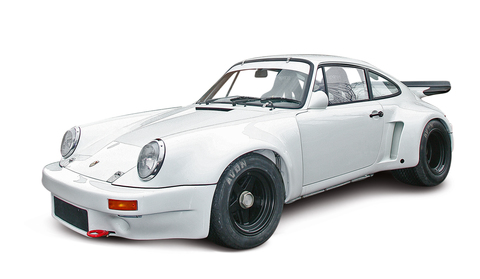 PORSCHE 911 Carrera 3.0 RSR CHASSIS : 911 460 9062 ROAD REGISTERED PROVENANCE : Delivered new by Porsche Mahag in Munich RFA March 1974. 1st owner Mr Franz Joseph Weisskopf owner of Tebernum Team. Current and last owner since December 1990 Aquired at Claude Boisgirard Auction (Paris) the 2nd of December 1990. RACE HISTORY : 1975 winner at the European championship with the pilot Clemens Schickentanz. 1975 - 1000km Nurburgring Race with the pilot Clemens Schickentanz. (C. Schickentanz, M. Bertram. R.Wissell) Since 1990 the current owner participated 10 times at "le Tour Auto" and 3 times at le Mans Classic 2006-2007 complete restoration by Porsche Classic work shop in Stuugart. Porsche Certificate Porsche started to work on the RSR project at the end of 1971 season, after the prohibition of the 917. Based on the 911, this competition car will be tested on several configurations until its definitive version, the 3.0 liters, at the beginning of 1974 season. Only 52 cars were built: 42 in 1974 and 10 in 1975. It received a complete Race Pack as the magnesium 917 wheels increasing a lot the width, the hood and trunk were made of plastic fibers and the sides and rear windows were in plastic, limiting the total WEIGHT under 950 kg. All around the car have been placed openings in the bodywork in order to optimize the mechanical elements cooling, and the rear whale tail spoiler increases the stability at high speed and force the air to cross and cool the engine as well. To manage this racing beast, the 3.0 liters flat 6 receives a double ignition Bosch system, a 5-manual gearbox and develops 330 horsepower at 8000 rpm! It was so efficient that even when the more powerful 934 and 935 were available, many teams preferred the Carrera RSR, and won later competitions like Sebring 1976 or Daytona 1977. For the 74' season, Porsche factory did not enter any Carrera 3.0 RSR but 2 German racing teams did with semi-official factory support: GELO RACING, four cars and TEBERNUM, three cars. This Porsche Carrera 3.0 RSR was the only one delivered new to TEBERNUM owner, Franz-Joseph Weisskopf, in 1974 with chassis N. 460 9062, and competed during the 74' season! As part of an important collection from the 2nd December 1990, his owner participated 10 times to Le Tour Auto and 3 times to Le Mans Classic. This Carrera RSR received a complete restoration at Porsche Classic workshop from November 2006 to April 2007 and it has always been maintained at the top of racing preparation. Eligible for the historical races, the car will be delivered with a complete restoration CD with many pictures, bills, Porsche Certificate, FIA Passport and its fully documented maintenance history. Even today, the Carrera 3.0 RSR is considered as one of the best racing Porsche ever built. 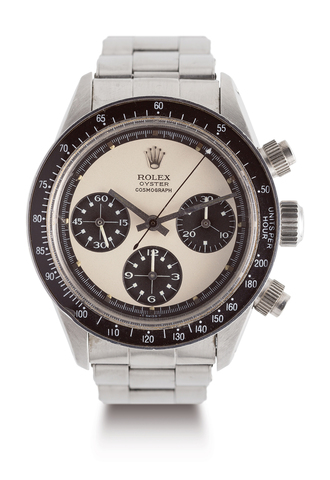 PORSCHE 911 BY ORLINSKI L'artiste contemporain Richard Orlinski dévoile une création unique : Porsche 911 by Orlinski. La voiture, au design entièrement repensé par le plasticien français, sera proposée à la vente aux enchères célébrant les 55 ans de la Porsche 911 et de la Rolex Daytona, organisée à Monaco le 19 juillet prochain. powered by Centres Porsche Paris/Monaco It was in 2004 that Richard Orlinski decided to devote himself fully to art. Steeped in pop culture, the artist creates a colorful world inspired by the most savage animals and by iconic objects that have marked their generations. Driven by a desire to make art accessible to the greatest number of people possible, Richard Orlinski is an impassioned artist who has overcome many obstacles and who constantly strives to reinvent himself. He is committed to popularizing art in order to produce an immediate emotional response in both children and adults. Far from the dictates of the world of contemporary art, the artist's works scream out for him! A lover of art in all of its forms, the sculptor shatters conventional notions and does not hesitate to embrace new forms of artistic expression. Driven by a global and universal vision, he is eager to explore different realms such as sculpture, design, music, live shows... Richard Orlinski's art can be seen in over 90 galleries in France and abroad and he has held the title as the best-selling French contemporary artist in the world since 2015 (Source: Art Price). Passionate about sports and cars, the sculptor Richard Orlinski reveals a unique creation inspired by a mythical car: the Porsche 911 by Orlinski. VERBATIM RO "I am very honored to have, on the occasion of this 55th anniversary, revisited this exceptional car, the Porsche 911, to make it a unique work, marked by our two DNAs. On one hand, that of Porsche, a world of prestige and excellence, and on the other hand mine, a graphic world with bright colors ". The Porsche 911 by Orlinski combines the arty codes of the pop and colorful universe of the artist with the power and velocity of each of his works, echoing the values of sport. A Porsche 911 with interior and exterior, completely redesigned by the contemporary artist! The car, unique model, has the design and faceted appearance that we found on each of the artist's sculptures. To achieve this result, it took more than 500 hours of hard work to materialize what Orlinski Design teams had imagined. One of the biggest technical challenges was to render the body car fully uniform when touching it, and so despite its eleven layers of paint! On the inside, the Porsche 911 by ORLINSKI, reuses the famous yellow "Porsche Vitesse" of the body car and reveals, in a very finely way, an embellishing of the seats and of the belts'supports. A very specific color that is also found on the hoop of the car. All profits from the sale will be donated to the association Les Rois du Monde whith Richard Orlinski as the vice- president. The association works within hospitals to fulfill the dreams of sick children and allow them to escape their daily lives. 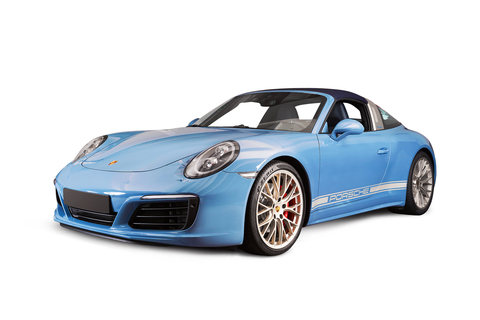 PORSCHE 911 Targa 4S Exclusive Design Edition ONE of 100 BUILT CHASSIS : WPOZZZ 99ZH5134316 420HP PROVENANCE & SPECS : Delivered new in Lyon in 2017 One owner, French title 5450 km Service book - Brochure book - Tools and cover More than 35 options : PDK 7 speed, active rear wheels ... The 911 Targa is the modern classic in the 911 range. Porsche Exclusive has now further refined the vehicle's distinct style and has developed the 911 Targa 4S Exclusive Design Edition. This collector's item is presented in etna blue (solid), the standard colour for the 356 B (T5) in 1960 and 1961, with numerous elements coloured in white gold metallic (satin finish). The unique colour combination of the exclusive Targa also continues in the vehicle interior. The interior is graced by high-quality, enhanced equipment with many luxurious, hand-finished details. Powered by a 309-kW bi-turbo boxer engine (420-hp; 911 Targa 4S: Combined fuel consumption*: 9,0-8,0 l/100 km; Combined CO2-Emission*: 208-184 g/km). Many exterior details, such as the front spoiler, covers for the headlight washer system and "targa" logo on the Targa bar, are painted in the vehicle colour, with the black LED headlights providing an eye-catching contrast at the front. The Targa bar, 20-inch RS Spyder wheels and the decorative Porsche side logo glisten in white gold metallic. At the rear, the rear apron, the Porsche logo and the model designation are also coloured in etna blue (solid), while the rear lid grille and quadruple sports tailpipes are coloured black to deliver a dynamic contrast. For 30 years, Porsche Exclusive has strived to deliver individuality. Following their assembly, all vehicles are hand-finished on the Porsche Exclusive production lines in Zuffenhausen. For 30 years, Porsche Exclusive has strived to deliver individuality straight from the factory and boasts a long-standing tradition in the creation of limited vehicle projects. With each vehicle, the customer receives a specially designed indoor car cover as well as a bound photo album in graphite-blue leather, which documents the development process of their car. Every photo album features the specific vehicle identification number (VIN). 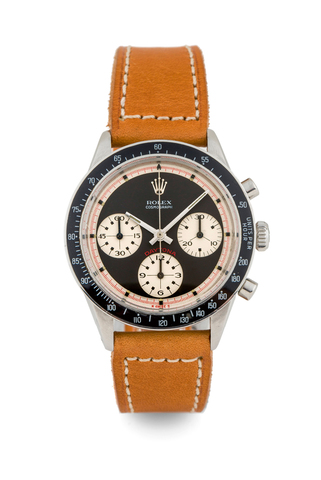 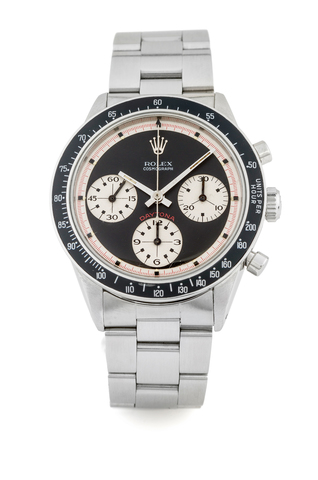 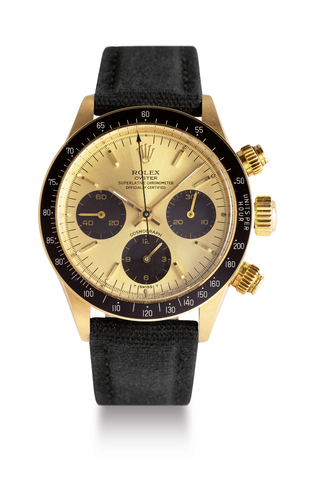 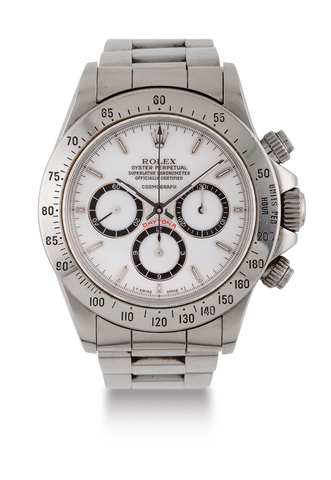 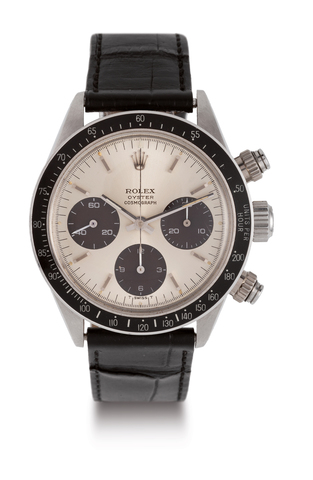 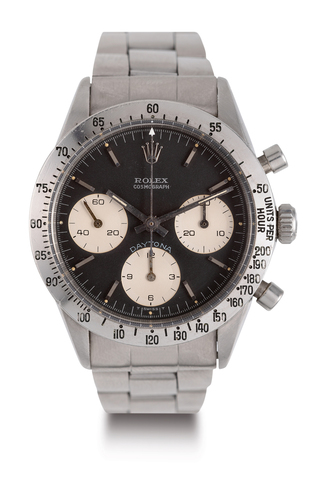